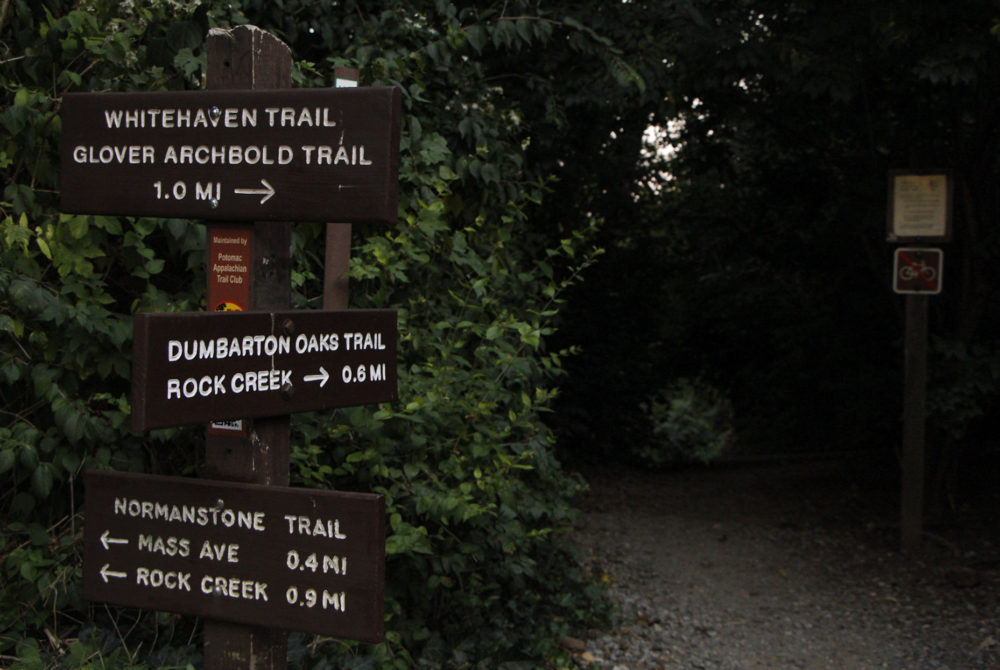 Stroll through the historic landscape of Dumbarton Oaks Garden, which represents a century of an original project dating back to 1921.

Take a break from your normally scheduled September studies for this weekend’s bundle of activities in DC that mix culture and history.

Expect the unexpected at a fast-paced comedy night at Adams Morgan on Friday, learn about “mountain cuisine” at a sweeping European cultural event at the Embassy of the Czech Republic on Saturday, and lose yourself in a lushly woven oak garden in Georgetown on Sunday.

Underground comedy at Hotbed Comedy Club
If you’re looking for an appetizer before Leslie Jones’ fall comedy show at the Smith Center, stop by this stand-up set and bring in a laugh with friends at Adams Morgan. Known as DC’s “Laughter Leader,” underground comedy switched venues earlier this year, moving to the newly opened Hotbed Club in Adams Morgan after Big Hunt, its former seven-year venue in Dupont Circle, closed due to the pandemic. Quick standup sets of 10 to 15 comics are ideal for a group that prefers fast-paced, humorous action to a three-hour movie at the theater. Acclaimed comics like Michael Che, Patton Oswalt, Michelle Wolf and Judah Friedlander are among the past cast members of this independent comedy production show, so you never know who you’ll be seeing.

Mountaineering Day
Missing the thrill of traveling abroad? Try your hand at outdoor rock climbing or create your own trail mix as part of the opportunity to catch a glimpse of Central European nature at the Embassy of the Czech Republic Mountaineering Day. The celebration addresses issues of conservation and EU-led climate change awareness with Czech and American cultural connections to bring together the diverse DC community. The event is hosted by the National Institutes of Culture of the European Union – a body composed of representatives of the Austrian Cultural Forum, the European Union Delegation to the United States, the Italian Cultural Institute in Washington and the Czech, Polish, Slovak and Slovenian embassies. Witness how Italian chef Roberto Donna showcases the taste of mountain food from farm to fork, the type of trail diet inspired by the chef’s mountain hiking hobby. Enjoy a Czech-bred German Shepherd show led by an experienced trainer. Meet a West Virginia Falconer and his Red-tailed Hawk and Barred Owl who will represent the United States at this international exhibition. The possibilities are endless on Mountaineering Day.

Embassy of the Czech Republic, 3900 Spring of Freedom Street Northwest. 10 a.m. to 2 p.m. Free. More information can be found here.

Dumbarton Oaks Garden
Stroll through the historic landscape of Dumbarton Oaks Garden, now a century of an original project dating back to 1921. Landscape architect Beatrix Farrand’s intricate garden designs date back to 1921. Farrand envisioned botanical wonders beyond the Georgetown estate she designed for wealthy couple Mildred and Robert Woods Bliss, who sold the portion of the land to form Dumbarton Oaks Park to accomplish. Today, the burgeoning 16 acres of gardens alongside the 27 acre park in its entirety attract visitors with scattered displays of Georgetown neighborhood walkways. Explore the illusory greentails with carefully constructed, dated features such as the expansive South Lawn, the greenhouse known as the Orangery, and the beautiful ivy mosaic called Urn Terrace.

This article appeared in the September 22, 2022 issue of Hatchet.