Valerie Maynard, a sculptor and printmaker whose works ambitiously attempted to chronicle the nuances of the black experience, has died at the age of 85. Her death was confirmed by the Baltimore Museum of Art, which did a 2020 survey of her work.

In an email to ARTnews, Asma Naeem, Interim Co-Director and Chief Curator of the BMA, wrote: “Valerie was a deeply individual doer and thinker, and her legacy reaches far beyond the art world and into an enduring cosmos of ethics and dignity. Her artistic work was deeply political, local and lived. Who else could envision a universe of injustice from Harlem to Johannesburg, who else could shape the Pan-African and our environment into carved and dancing objects?” 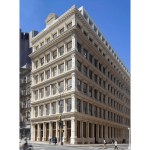 For the past six decades, Maynard had created images of black men and women that defied simplistic interpretation. Covering a wide range of subjects, from apartheid in South Africa to the status of black artists in society, she garnered many admirers in the process.

One was the writer Toni Morrison, who once wrote an introduction to one of Maynard’s print series entitled Lost and Found. “This is art that evokes, creating what should be and deconstructing what should not be,” Morrison wrote. “The medium is dream, but the power is magic.”

Baltimore Magazine reported that Morrison, Stevie Wonder, and Lena Horne were among those who purchased Maynard’s work.

Sometimes Maynard’s works can seem simple. Rufus (1968), made from a rock that Maynard found at the bottom of a swimming hole, resembles an ordinary black man with distant eyes.

But her work also often had a dreamy tendency, as in “No Apartheid,” a series of lithographs showing superimposed body shapes. Sometimes these beings seem to congregate to form a person in fear. A work by Maynard along these lines is currently featured in the Black Melancholia exhibition at the CCS Bard Hessel Museum of Art in Annandale-on-Hudson, New York, alongside works by artists several generations younger than Maynard, including Cy Gavin, Arcmanoro Niles, and Ja’Tovia Gary.

Valerie Maynard was born in New York in 1937. She grew up in Harlem, her neighbor was Audre Lorde, and her family became friends with James Baldwin, whose novel was made in 1974 If Beale Street could talk is considered a fictionalized version of her brother’s wrongful conviction and imprisonment for murder. (Maynard’s sculptures appear in Barry Jenkins’ 2018 film adaptation of the Baldwin book.)

She attended the New School and later established a printmaking workshop at the Studio Museum in Harlem. Maynard was artist in residence there from 1969 to 1974.

Valerie Maynard, Get me another heart, this one’s been broken too many times1995

Maynard, like many other artists, spent much of her time teaching—she taught classes at Howard University, the College of the Virgin Islands, and the Baltimore School of the Arts, where she founded a sculpture program—but she did something Special point about how important her pedagogy was in interviews. She often emphasized the value of intuition. she said Baltimore Magazine“I just wanted them to be serious and put their spirit into their work.”

Although Maynard may not be as well known as others around her, her works feature prominently in public spaces where they blend with their surroundings, including a series of mosaics for a Harlem subway station.

She has worked throughout her career to raise awareness among black artists, once telling artist Mildred Thompson, “We are a cultural voice of the people and we need to know, to acknowledge that.”