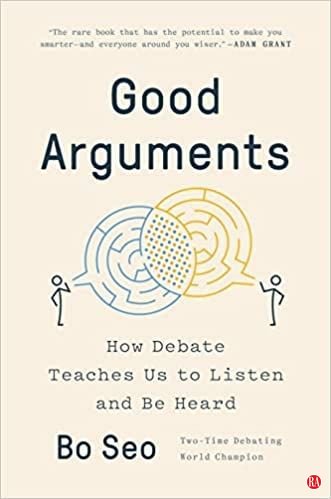 Not long ago, my son told me that he had a problem with his camera sensor.

“No problem!” I said helpfully. “Ask one of the newspaper photographers. I’m sure they’ll give you good advice.”

“This is nothing,” he said.

OK, I thought. Then I did a version of Google Maps “recalculating.” The 21-year-old does not want to help Momy. I got “What about asking one of your counselors at school?” I suggested.

“Why would I do that when I can watch You Tube?” he asked.

Yes, of course. Why would anyone talk to anyone at all when YouTube solves everything for you and you never have to do that awkward, scary, mind-blowing job called Human Conversation?

I understand that I have a taciturn child, of course as a result of his mother’s presence. But I’m afraid my son’s evasion is not the same thing. Young people and young people want to participate in the conversation, of course, that in this interesting, easy-going world, they will say the wrong thing.

Two-thirds of young people surveyed in 2018 said they would rather text their friends online than see them in person. Text messages are short, precise and direct. It doesn’t matter. In particular, it causes discomfort. A serious text with “JK” can be ignored just for fun. Most importantly, text comes without 70 to 93% of our conversation experts estimate it is non-verbal.

Also Read :  The space (technology) race is ready for liftoff in this midsized military town

Self-defense, rather than self-expression, has become the norm for our young men.

We don’t know how to talk to each other anymore. We are very afraid.

In an interesting New York Times interview with 12 public school teachers, a reporter asked the group to use one word to describe their “biggest concern about America.” Here are a few of their responses: Extremists, divisions, inequality, chaos, inequality, inequality. When asked why most of the words focused on division, one teacher said, “I see we don’t have the art of speaking anymore. My students can’t talk to each other. They can’t talk to adults.”

Part of this is the corrupting effect of technology on society, and our willing participation in this cultural destruction. When we dismiss technology companies whose sole purpose is to keep us all in devices, when we put 2-year-olds to bed with cell phones and tablets, we are consuming the blanket of what constitutes us as people. I can’t go to a family dinner where one member is distracted by the humming and humming of some internal devices that have been brought to them. It’s hard to know what’s worse, the chaos itself or the lack of awareness that this kind of conversational sabotage is bad.

Also Read :  Everything you need to know for the Street Fighter 6 beta this weekend

The second is the position that many of us have taken as victims in waiting. The number of victim antennas is so high that many young people are afraid that they will not only say the wrong thing, but the disgusting thing. They can hurt someone. They can “shoot” someone. They risk a millennial type of separation: They will be “cut off.”

A Knight Foundation-Ipsos survey in January found that 65% of college students feel today’s campus climate prevents people from speaking up for fear of offending others.

Worse, none of this happens in person. If what my son experienced was common, it was mostly online, after hearing comments and when it could be picked up like a side of beef.

This does not help. It does not encourage the virtues we need, which include standing firm, defending one’s position, and, most importantly, the ability to ask for forgiveness.

“I repent. Can you explain where you came from?”

In his new book, “Good Argument: How Debate Teaches Us to Listen and Be Heard,” Bo Seo, 28, a two-time world debate champion, argues that our problem is not disagreement, but we “disagree wrongly.” He went on to say that objections, or arguments in the past, need to be used productively and respectfully. Rebuttal, he wrote, “is a choice of confidence not only in ourselves but in our opponents, which carries the conviction that the other deserves to tell the truth and that they will accept it with grace.”

Imagine, you can actually disagree in the reward, and in person, if only you learn to do it well.

We need less technology and more humanity. The best thing schools can offer students is a computer-free classroom and a strong debate team.

Tracey O’Shaughnessy writes Sunday Reflections. You are a tosh@rep-am.com.