The curatorial team of the current edition of Sonsbeek, one of Europe’s most important recurring exhibitions, have resigned en masse, citing “difficult and unsupportive conditions” and “precarious and ultimately unbearable working conditions”.

The show is currently taking place in Arnhem, The Netherlands. News of the resignation was first reported in the Dutch-language publication NRC.

In a letter sent earlier this week to the leadership of the Sonsbeek Foundation, which manages the biannual exhibition, the curatorial team consisting of Amal Alhaag, Zippora Elders, Krista Jantowski, Aude Mgba and artistic director Bonaventure Soh Bejeng Ndikung, as well as Antonia Alampi (co-curator until sonsbeek2021) said that the last day with the organization would be November 1st. Members will withdraw their proposals for any projects yet to be realized. 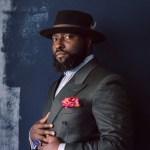 “It is with great regret that we are forced to prematurely end our five-year tenure of curatorial framework Force Times Distance: On Labor And Its Sonic Ecologies,” the letter reads in part. “Unfortunately, we see no other choice but to withdraw our proposals and end our commitment to the project because we can no longer in good conscience continue.”

Conditions described by the curatorial team in their letter include concerns about the exhibition’s budget, its general management, and a “lack of structural support for the artistic plan,” underscored by an environment “riddled with structural disregard, neglect, Disrespect, mismanagement, sexism and institutional racism.”

If reached for further comments by ARTnewsthe curatorial team referred to her letter.

In a statement sent to NRCthe board of the Sonsbeek Foundation said that he wanted to react to the resignations via the media and would seek a personal conversation with the team. ARTnews has asked for further comments.

The letter also alleges that Sonsbeek’s leadership, while “using the notions of cultural diversity and inclusion as a front, … despite a lengthy outside assessment report, did not engage in a serious discussion with the team when we raised these work environment concerns.” have panel that underscores these concerns and experiences.”

In addition, the curators describe other situations during their employment at Sonsbeek that they found untenable. They claim that the general manager enjoyed the experience of running the show and that their contracts have been renewed and terminated several times, including at the start of the pandemic lockdown in early 2020. “This grossly insensitive and unjust action was halted by protests from the curatorial team.” , adds the letter.

After an independent committee assessed working conditions, “Sonsbeek’s board has failed to take appropriate action where the assessment found the board to have failed in its duties as board: legally responsible for overseeing the actions and policies of general management. This situation, according to the letter, put the exhibition and the curatorial team in a difficult position with its partners, including the Mondriaan Fund, one of the main supporters of art exhibitions in the Netherlands.

This edition of Sonsbeek, branded sonsbeek20→24, was meant to be different from previous editions as it would unfold over a four-year period between 2020 and 2024. (The pandemic delayed its official opening to 2021.) In addition to a traditional artist-commissioned exhibition program, this iteration of Sonsbeek was also set to include dialogue, residencies, publishing projects, radio broadcasts and more, many of which have been deployed over the past year.

Speak with ARTnews 2020 about the curatorial team’s vision for the upcoming exhibition, Ndikung said: “It was already very charged. Then came Covid – as a kind of sharpener or catalyst to understand some of the things we really wanted to talk about. ‘Force times distance’ – the formula for work, for work – became so important when the incredible inequalities in the workspace became so apparent.”

The letter adds: “Tragically painful, this all happened in the context of an artistic plan and a mission that is thinking about it work and the sound that reflects our individual work experiences and collaborative practices, as well as the struggles of many (art) workers in the Netherlands and around the world over time.”