Seamus O’Brien, one of Ireland’s best-known gardeners, will be the 35th on Friday, October 7 at 4:00 p.m. in the Lelia J. and David N. Farr Auditorium at the Missouri Botanical Garden, 4344. (2022) John Dwyer Public Lecture hold Shaw Blvd. The talk, sponsored by the Saint Louis University Department of Biology and the Missouri Botanical Garden, is free and open to the public. 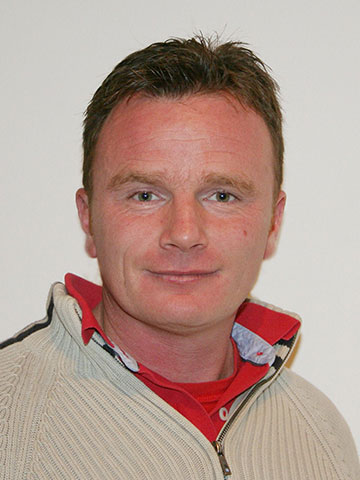 Hooker traveled to Sikkim in 1847 and discovered many new plant species then unknown to the West. In his travels, O’Brien made the same journey and experienced the exciting and sometimes dangerous expedition of discovery himself. O’Brien shares his stories in the award-winning book In the Footsteps of Joseph Dalton Hooker: A Sikkim Adventure (2018).

The annual John Dwyer Lecture in Biology honors the memory of Dr. John Dwyer, professor of biology at Saint Louis University and research associate at the Missouri Botanical Garden. For more information on the Dwyer Lecture, contact Dr. Allison Miller in the Department of Biology at [email protected]

Founded in 1818, Saint Louis University is one of the oldest and most prestigious Catholic institutions in the nation. Rooted in Jesuit values ​​and its pioneering history as the first university west of the Mississippi, SLU offers nearly 13,000 students a rigorous, transformative whole-person education. Central to the university’s diverse scholarly community is SLU’s service-oriented mission, which challenges and prepares students to make the world a better and fairer place.

Also Read :  Follow these steps now to benefit your lawn and garden in the spring

In the past he has been head gardener of several notable Irish gardens with historic plant collections. In February 2000 he returned to Glasnevin as a staff member. In May 2006 he moved to manage the gardens at Kilmacurragh.

He has published two award-winning books, In the footsteps of Augustine Henry and his Chinese collectors (2011) and In the Footsteps of Joseph Dalton Hooker: A Sikkim Adventure (2018). He also contributes to several publications including Curtis’s Botanical Magazine, The Irish Garden, the Irish Garden Plant Society Newsletter and the International Dendrology Society Yearbook.

Also Read :  Try growing these vegetables and plants in your garden this fall – Press Telegram

About the Missouri Botanical Garden