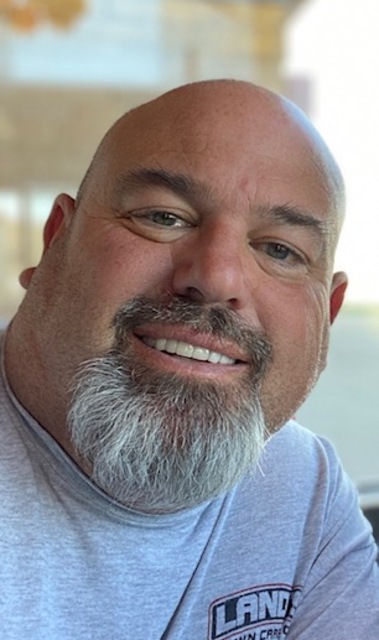 Paul Eugene Landy of Crab Orchard, WV, entered his forever home on Monday September 19, 2022 at the age of 56 after a tragic mowing accident. Paul’s life may have been cut short, but he touched the lives of many while he was with us.
Paul was born on March 1, 1966 in Beckley, WV to the late Joe “Moe” and Joanne Landy. Paul graduated from Marsh Fork High School in 1985. He loved his heritage from his hometown of Stickney, WV and later Whitesville. Paul was a proud firefighter and ambulance driver while living there. On October 16, 1989, Paul was hired by Raleigh County Schools as a bus operator. He was so proud of all the many students he had taken with him in his 32+ years of service and loved hearing the words, “I think you used to be my bus driver.” Paul had talked about retirement but wanted it not because he loved his job so much. Paul also owned/operated his own landscaping business, Landy’s Lawncare & More, LLC. He had many private and business clients who will miss his services all year round.

Paul had a large extended family at his home, Good Evening Ranch Off Road Park. He was very active there in his ministry for charity events, a saddle line he helped raise money for and many off-road events he helped out with. He spent some of his happiest days with his friends at the ranch. Some of Paul’s favorite pastimes were camping in his RV with his “treasure” a nice shiny truck, his lawn chair, buying tools, being on vacation and planning his next meal.
Paul is survived by his wife Nancy Jane (Harless) Landy of Crab Orchard, his stepdaughter Madison Harless, and her partner Adam Daniels of Crab Orchard. In-laws, Edward and Jane Lynn Harless of Crab Orchard. Brother-in-law Eddie Harless and partner Brei Atterson of Crab Orchard. Sister Maryanne (Landy) Jenkins (Romie) of Sutton, Brother John Landy (Pam) of Sutton, Brother Larry Massey (Beverly) of Bridgeport. Paul had a best friend who was like a father to him, Billy Jarrell from Sissonville. Beckley’s Johnathan Cruise was like a son Paul never had. Paul loved being “Uncle Paul” to his nieces and nephews Joseph Landy, Jodi Hamrick, Emma Harless, Abigail Atterson, Ella Harless, Connor Atterson and most recently Tammy Russell.
The funeral will be held at 1:00 p.m. on Saturday, September 24 at the Church of God Family Worship Center, 224 Pinewood Drive, Beckley. The family welcomes friends at 11:00 a.m. Burial will be at the Blue Ridge Memorial Gardens in Prosperity.