How the hell did fashion become such a man’s manhood?

That was not always so. The early twentieth century was full of creative designers like Madame Vionnet, Coco Chanel, Elsa Schiaparelli and Claire McCardell. And even when the boys’ club started to codify in the 1970s, when designers like Yves Saint Laurent and Andre Courreges and Karl Lagerfeld ruled the world, you at least get the sense that they worshiped women rather than just designing for their egos. Perhaps it was the arrival of Claude Montana in the 1980s that brought us here; perhaps it was bad-boy artists John Galliano and Alexander McQueen who made us think we should indulge in art at the expense of female contributions.

The point is that although today we have Maria Grazia Chiuri at Dior and Virginie Viard at Chanel and the indomitable Mrs. Prada at the helm of two brands (Prada and Miu Miu), there is still a dearth of female designers. And the prominence of female creative directors this season shows us exactly what you’d be missing without them.

Many of the standout shows in New York have been by designers like Maryam Nassir Zadeh and Tory Burch. In London, the story seemed the same – maybe even stronger.

The week kicked off with Chopova Lowena, Laura Lowena and Emma Chopova’s kilt crazy brand, moving from presentation to show. As they told me in an interview last week, their dresses already emphasize movement, even in a lookbook setting, but the runway debut gave them the opportunity to accentuate their shapes and finishes, and maybe make them even more grandiose. Their attire is intricate and luxurious, but they have a grounded power. They feel less like uniforms than gear– this season is partly inspired by lacrosse – clothing that gets you in the mood for conquest. 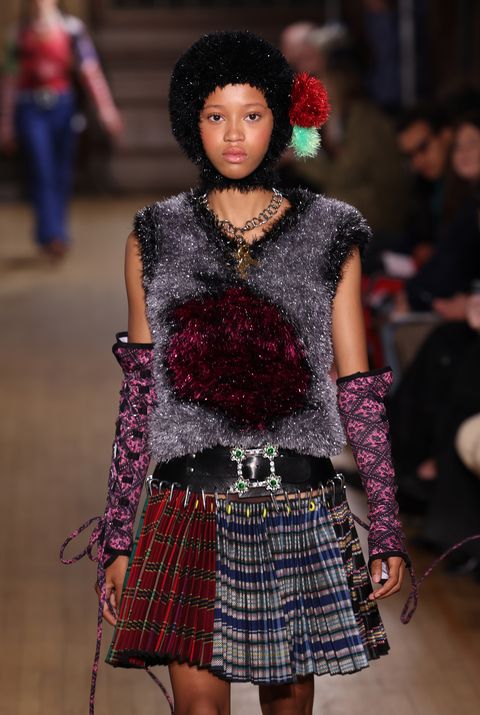 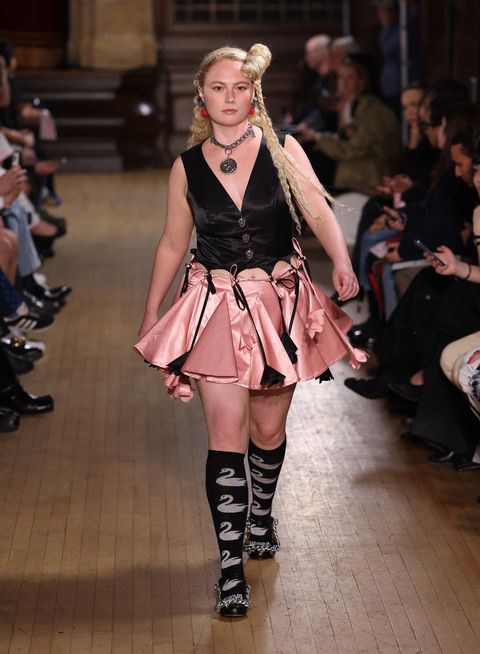 The weekend brought a triple threat lineup: Dilara Findikoglu and Molly Goddard on Saturday and Simone Rocha on Sunday. Findikoglu is a special bird. Her witch attire is sexy in a fabulously unbridled way. Not in the “sexy for a romantic partner” or “sexy for my fashion buddies” kind of way—more like a woman’s rooting in a designer’s world and embracing that as an aesthetic or a lifestyle. Findikoglu has the potential to be a Rick Owens or Paul Harnden in the depth and uniqueness of their world. Her runway show was packed with quirky statements and dresses that I can only describe as rare delicacies, like a mesh sheath intricately stuffed with the model’s Botticelli hair. When bodies are displayed, it is clearly for the wearer’s pleasure, as if to say: The most important person in the world loves me: me. 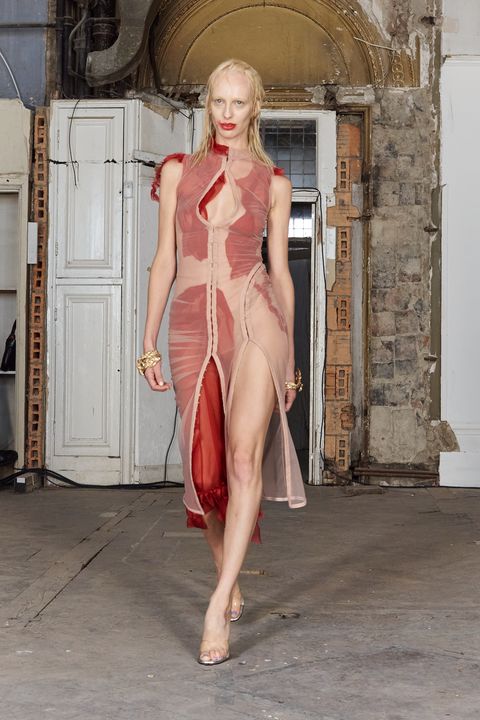 The Londoners have one thing in common: They have a great idea and can build a whole world around it. Other brands struggle with this (I’m thinking for example the way Jacquemus went particularly Instagramy after Le Chiquito was a smash hit, or the way Telfar fans care a lot more about the bags than the focus on clothes). But check out what Molly Goddard did with just a tulle dress (and a Rihanna dream!). Her clothing has evolved; She thought of the red carpet dressing before the internet this season, along with the odd, transformed silhouettes of Charles James. (“He was striving for perfection, which doesn’t interest me, more the exploration of creating shapes on the body,” as Goddard put it in the show notes. Very clever.) Her tulle underwires were scaled back into simpler, more streamlined, and maybe even more humble ideas , like a ribbed peplum top and subtly ruffled skirt in a children’s book toile print of little baby animals frolicking in a forest. Her ruffle dresses have evolved over the past few seasons into something of a jumpsuit or smock that you can slip over a tee for Insta pizzazz, or wear with a little bralet and hacking jacket for something more sophisticated. This way of getting dressed, of pulling yesterday’s t-shirt from a stack in a chair, or of ripping open something uncomplicated, has an especially empathetic effect on the lives of women who are so busy but derive their momentum and pace from small, everyday pleasures . A clutch of transparent skirts and a dress of electric natural tones in the colors of bright cave bugs and one of matte butter were especially good, as well as a cream-colored dress with a low waist and a billowing romantic skirt that looked like cream.

Also Read :  Entertainment Zones that Convey Vibes and Activities of 10 Countries, Submarine Rides in the Largest Artificial Lake in the World 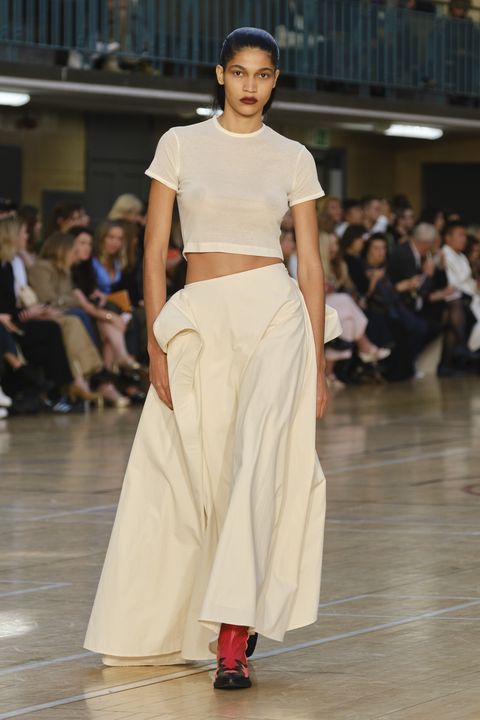 I think that’s just one of the strengths of designers: empathy. They can make clothes that a woman not only wants, but has to do with her life. Sometimes that means the attire is like a secret or intimate conversation between two friends. Another standout show was a designer named Karoline Vitto, who debuted at London’s burgeoning designer incubator Fashion East. Calling her a plus-size designer isn’t entirely accurate and undercuts what she does, which is essentially worshiping and caressing the body, especially the parts we’re more ashamed of like armpits and tummy rolls , with jersey and wire. 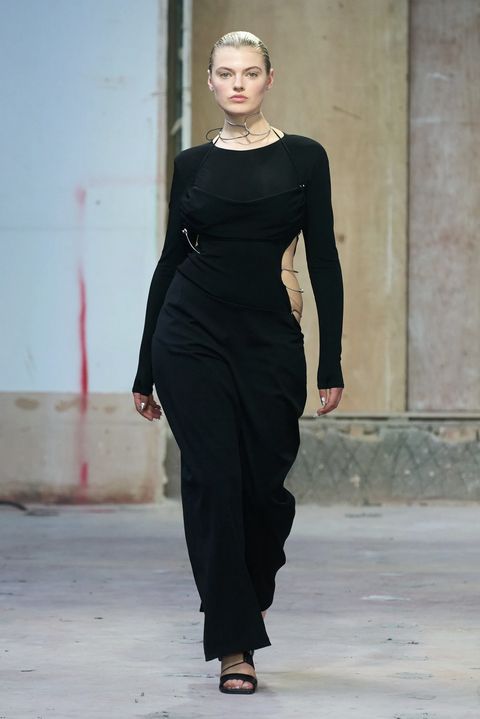 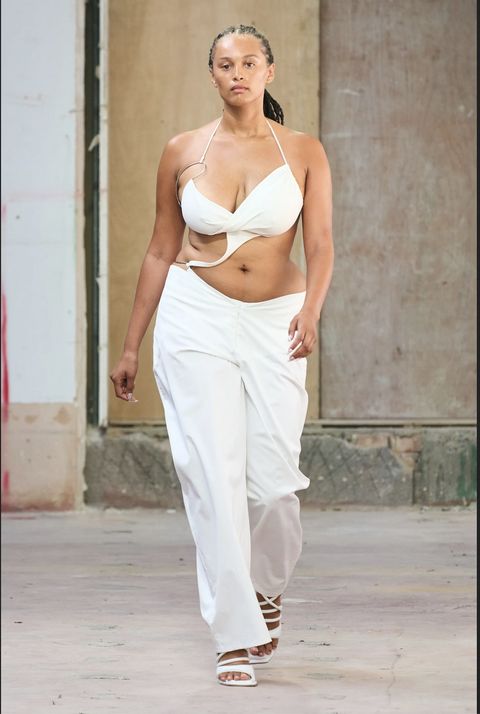 And it was the empathy that made Simone Rocha’s show on Sunday an absolute wow. Rocha already would have It all came about: these big, ruffled delights — wedding cake dresses that are pretty and occasionally gorgeous, always in a slightly odd way — have a dedicated fan base. But this season, she seemed in dire need of taking the less-travelled magic drawbridge, as her clothes acquired a new sophisticated glamour, sparkle and emotional intensity. The show was pink and tousled and full of veils, but the slightly more structured silhouettes, as well as the delicate simplicity of the fabrics and the carefully odd use of appliqué and pattern, transformed this into an odd concoction of feminine majesty. (The collection also marked her debut in menswear, although to me it looked like Rocha was expanding her size range and inviting already curious men to the party more formally.) It felt like an emphatic statement that the frothy, the ethereal , the delicate and the fragile is just as interesting (and maybe even more so) than the robust, timeless and monumental. And maybe we all need to listen more to that side of ourselves. 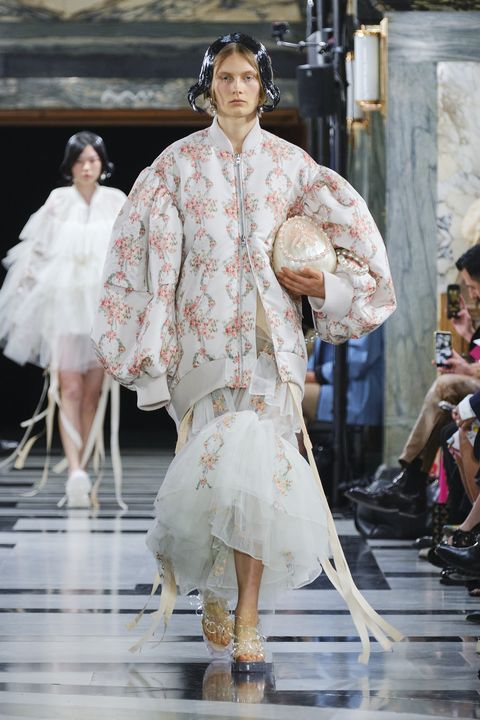 Findikoglu is a niche flavor (by nature – and thank goodness we need more designers who are only for the very few). But Rocha and Goddard both offer an extraordinarily contemporary take on the princess dress, complex and at times wonderfully contradictory. I don’t know why these brands aren’t dominating the red carpet. They make women look comfortable, confident, a little wild, vulnerable but in control – really everything you want to feel as a woman today. Consider this my request to the stylists to make this happen. 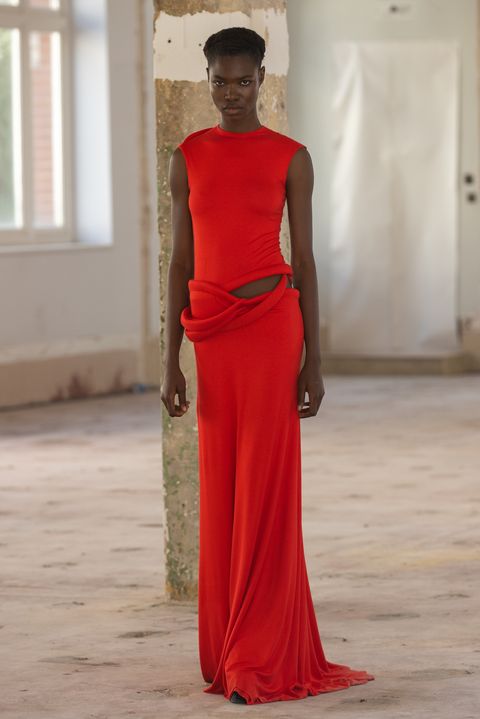 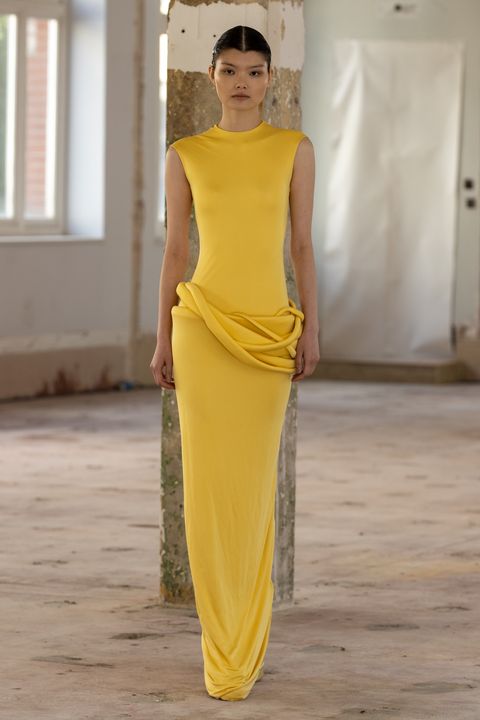 Two other shows from London deserve a mention: new brand Standing Ground, which debuted in Fashion East by menswear designer Michael Stewart. His rope dresses, which hug the collarbones and extend down the hips, are powerfully erotic stuff. And finally: Jonathan Anderson. His goldfish-in-the-pocket dress and Hari Nef in a shark-fin t-shirt were the kind of cheeky little tricks a senior fashion student would do with a bigger budget and more design finesse. It made me think he was going insane in the best possible way, and whetted my appetite for the crazy stuff he’s about to do on next week’s Loewe show in Paris. He looks like a cartoon character crouching with his ACME box of dynamite, ready to push the little red button and cackle at the implosion of the status quo. 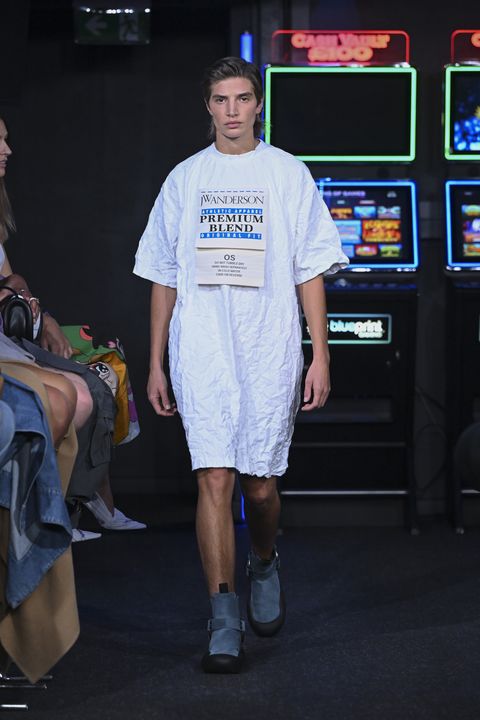 Rachel Tashjian is Fashion News Director at Harper’s Bazaar, works across print and digital platforms. She used to be GQ‘s first female fashion critic and worked as deputy editor of GARAGE and as an author vanity fair. She has written for publications including book forum and art forumand is the creator of the invitation-only newsletter, Opulent Tips.