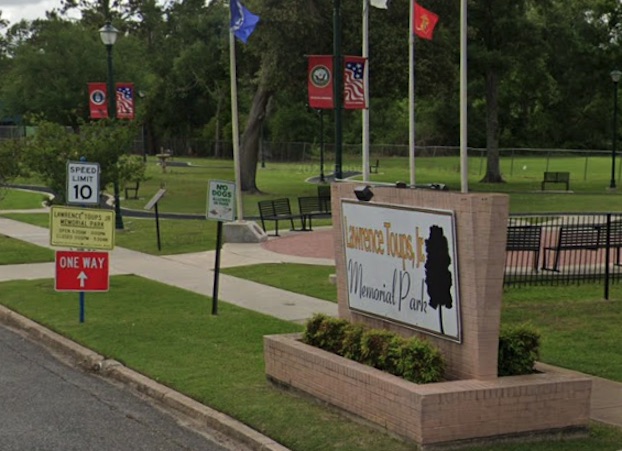 The first step of Phase 1 of the Iowa Park Improvement Project is to transform a field at Lawrence Toups Jr. Memorial Park into “a state-of-the-art ball field designed for maximum safety and playability for the inclusion of special needs children,” he said he Mayor Paul Hessen.

The Iowa Park Improvement Project is underway. This project was originally envisioned three years ago; However, due to a series of unforeseen events, the project was delayed.

“Because of COVID, two major hurricanes, a record rain event, and a record freeze, recovery has prevented us from doing anything to the point where we can now begin improving the park,” said Iowa Mayor Paul hesse

The park improvement project consists of 3 phases. The first step of Phase 1 is to refurbish a field at Lawrence Toups Jr. Memorial Park into “a state-of-the-art ball field designed for maximum safety and playability for the inclusion of special needs children,” he said. “As far as I know, this is only the second field in southwest Louisiana designated for this.”

The new park will have wheelchair-accessible grandstands, shelters and pins. Julia Bourgeois, co-founder of Families for Inclusion, explained that this could include turf, concrete or receding ground, and wider shelters and pins for children with disabilities.

Lights and a sound system will also be integrated into the new stadium.

The center field of the park will also be “polished”, according to Hesse. The center field gets new lights and grandstands. Also, the building behind Homeplate will be demolished to make room for additional booths.

Phase 1 of this project will also include new play equipment to ensure the inclusion of children with special needs and five new exercise machines to be placed along the Memorial Park trail.

Hesse stated that these improvements will be completed within the next six months.

Phase 2 of the park improvement project will break ground in approximately two months. He explained that this phase will “entail the construction of two Pony League-sized fields with a central building for announcers, concessions and bathrooms.”

This phase is expected to be completed within 12 months. Timeframes will be confirmed once final bids have been accepted.

The third phase will “encompass two fields to complete the quad,” said Hesse. He explained that other amenities will be included, but final decisions have yet to be made.

In addition to the improvement of Lawrenwce Toups Jr. Memorial Park, construction of Serenity Garden Park is underway. “It will not be a playground, but a garden full of flowers and seating for citizens to enjoy coffee or lunch,” said Hesse. Serenity Garden Park will also be wheelchair accessible.

The Park Improvement Project isn’t the only development in Iowa.

Hesse, along with other Iowa officials, also cut the ribbon for the “new and pristine” Iowa Public Works facility. According to Hesse, the original system was razed to the ground two years ago after Laura. “All of this was originally wiped out in the hurricane,” he said. “There was a bit of roof but nothing else.”

“This is back where we needed to be for our small town of 3000 people.”

The new facility features a modern roof that can withstand winds of up to 150 mph, an upgraded natural gas water tower generator, a tractor and a street sweeper.

Jeff Kudla, principal architect at Kudla Architecture, said he was “happy to help get this facility back up and running.”

Rebuilding the public works is just part of Iowa’s infrastructure updates. A preventative maintenance program to reduce unplanned repairs and boiling notices has been implemented, as have more efficient culvert and ditch cleaning practices.

For more information on ongoing and completed projects in Iowa, visit iowala.org.