The designer talks about growing up in Philly, what inspires his instantly recognizable jewelry, and shares advice for aspiring artists.

Get a compelling, long read and must-have lifestyle tips delivered to your inbox every Sunday morning – great with coffee! 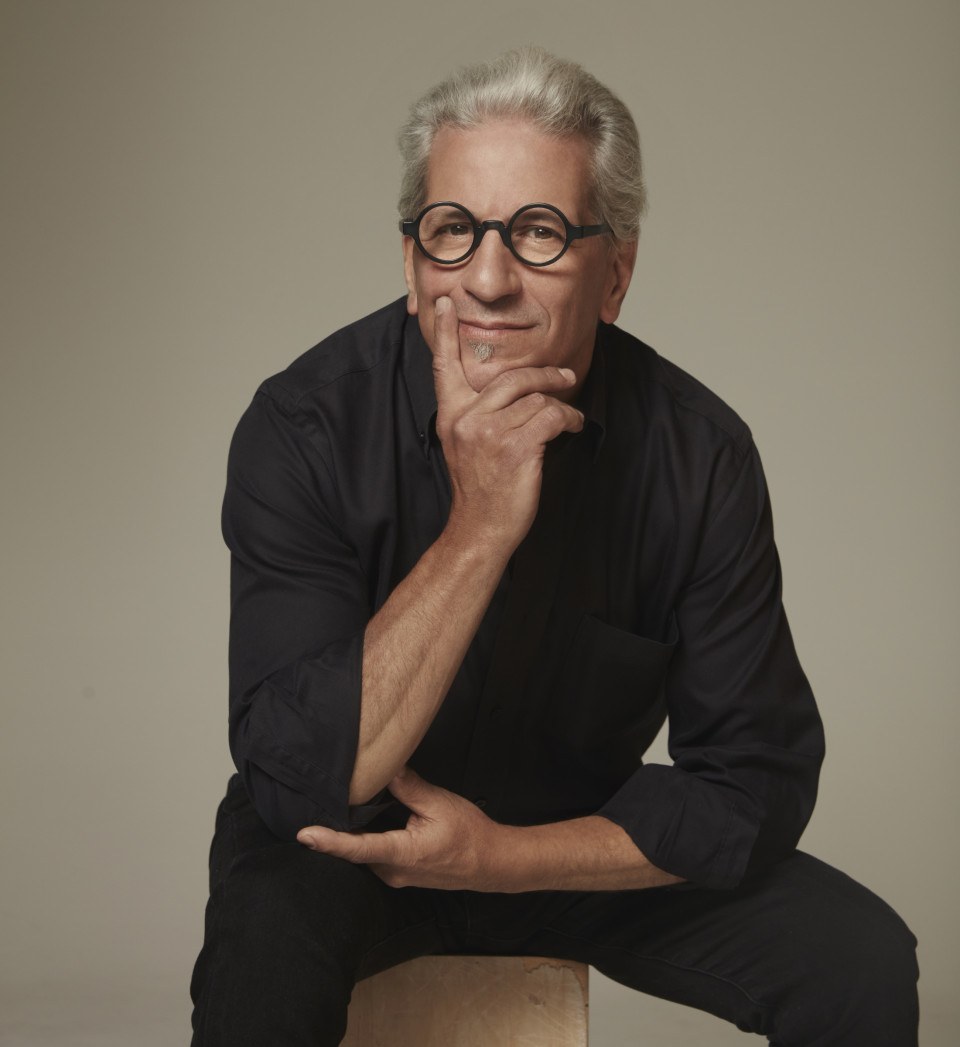 “Every time I come I get chills.”

Steven Lagos, dressed as usual from head to toe in black, recently visited the Barnes Foundation to reflect on his artistic inspiration with the museum’s Vice President Nina Diefenbach. His jewelry brand of the same name is celebrating its 45th anniversary this year.

“We live in an age where everything is measured by likes,” Lagos said, contrasting today’s content creators with artists like Amedeo Modigliani, who in his day was widely criticized and unappreciated (apart from Dr. Barnes, his main patron). , who bought the artist’s paintings in bulk), however, maintained his distinctive style until his untimely death. Though he died penniless, Modigliani’s work was of 1917 Nu couché (sur le côté gauche) was the most valuable work sold at Sotheby’s a century later, Lagos noted. “I wonder how many of us do something so creative today that people will still be praising it 100 years later,” he mused.

Not surprisingly, then, Modigliani was one of three artists from the Barnes Collection whom Lagos identified as a favorite – notably his portrait of Léopold Zborowski below: 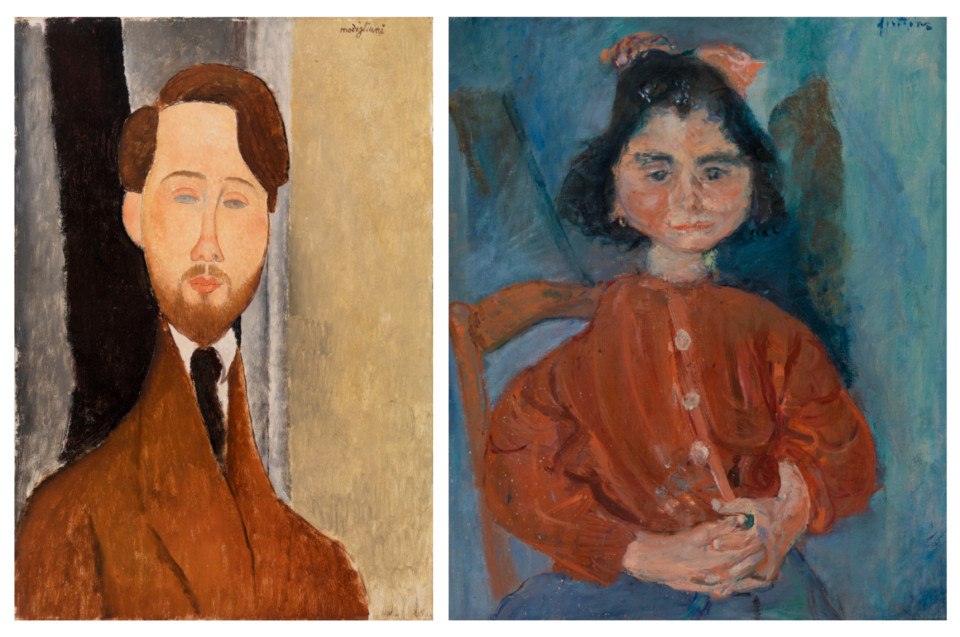 Also founded in Paris in 1919, Lagos bore the name of Chaïm Soutine’s Young girl in red blouse as another favorite. The fact that so many of the artists represented in the Barnes collection lived in the same place at the same time, and that the eponymous collector was able to discern this burgeoning “collaborative hotbed” so few in the art world respected, is not lost on Lagos; however, he also noted Barnes’ idiosyncratic curation: “They don’t need to know the names of the artists or even the chronology. … Barnes just wanted you to do it feeling some. He collected for love, which I think is quite romantic.” 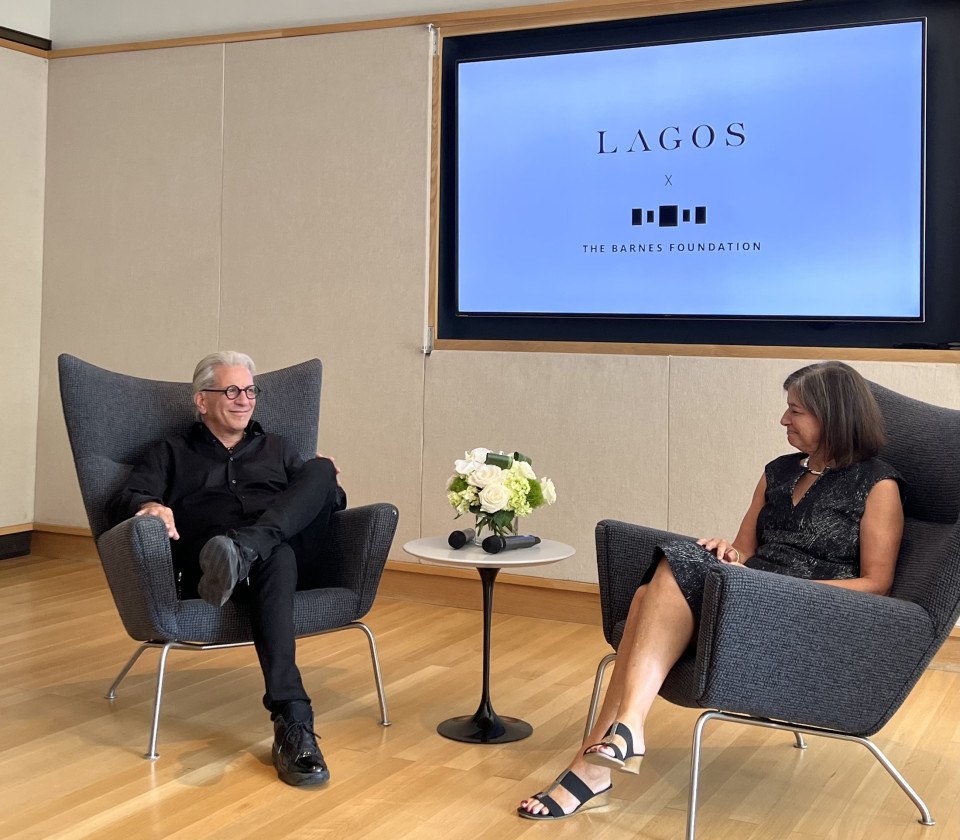 He knows a little bit about that. Growing up in Philly, “I always knew I wanted to do something creative,” Lagos recalls. “In the ’70s, they didn’t know what to do with learning disabilities. It was like, ‘Just sit over there and draw your pictures and don’t interrupt the class.’” So he attended Saturday’s children’s painting classes at the Philadelphia Museum of Art and was encouraged by his parents to pursue his passions.

Lagos’ father wanted to be an artist but instead took the more practical route of starting a laundry business. The business was lucrative, but he was not without regrets and would not even allow young Steven to work in the family business. “He said, ‘I’ll pay you 50 cents an hour if you want to work here.'” The minimum wage at the time was $2.50.

Lagos dabbled in many art forms before settling on jewelry in 1977; and it was not until 1984 that he discovered his signature caviar design, which has endured to this day.

A bracelet made from Lagos Caviar / Photo courtesy of Lagos

“To really develop a brand, I had to really pick and hold onto something and make jewelry out of it for a lifetime,” he explained, advising that a distinctive “signature” style was a key to success for any type of jewelry artist.

In a charming nod to his trademark, Lagos revealed his third favorite artist: pointillist Georges Seurat. “He was like a scientist. He used these small dots to create dimension and color story. I also work with small dots.” 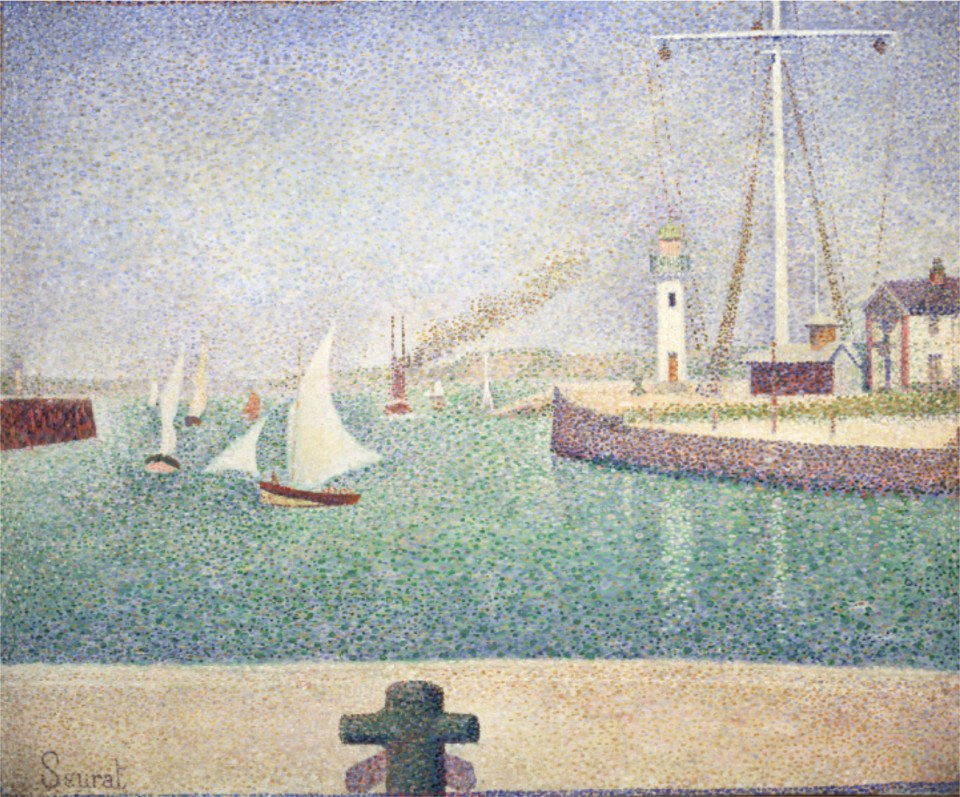 Lagos continues to be inspired by travel and art, sharing photos of his colorful office, which houses his personal collection of KAWS and Murakami pop art. (In case you’re wondering, he identified the collaboration and innovation that emerged from Japanese-inspired “super-flat” art as a modern analogue of Paris a century ago.) And like his own parents, he encouraged his daughter Kate to pursue a creative one Career – She works alongside her father as a brand stylist for Lagos.

Like his iconic jewelry, all three artists chosen by Lagos boasted unique styles that made their work “instantly recognizable,” an early form of brand building before it was even a thing. “These people were so committed to their vision and what they were doing,” he said, giving one final, simple piece of advice to young artists: “Find something you love and stick with it.”

Also Read :  Is 'Don't Worry Darling' worth all the drama?