A photo exhibition, now on view at the Shanghai Center of Photography, attempts to debunk the notion that the Netherlands is just a nation of tulips and windmills.

‘NL Imagined’, an exhibition of works by 11 Dutch photographers and artists, offers a kaleidoscopic view of Dutch society, culture and most importantly the people.

According to curator He Yining, the aim of the exhibition is “to shake things up”, “to challenge our assumptions about Dutch photographic art or Dutch society”. 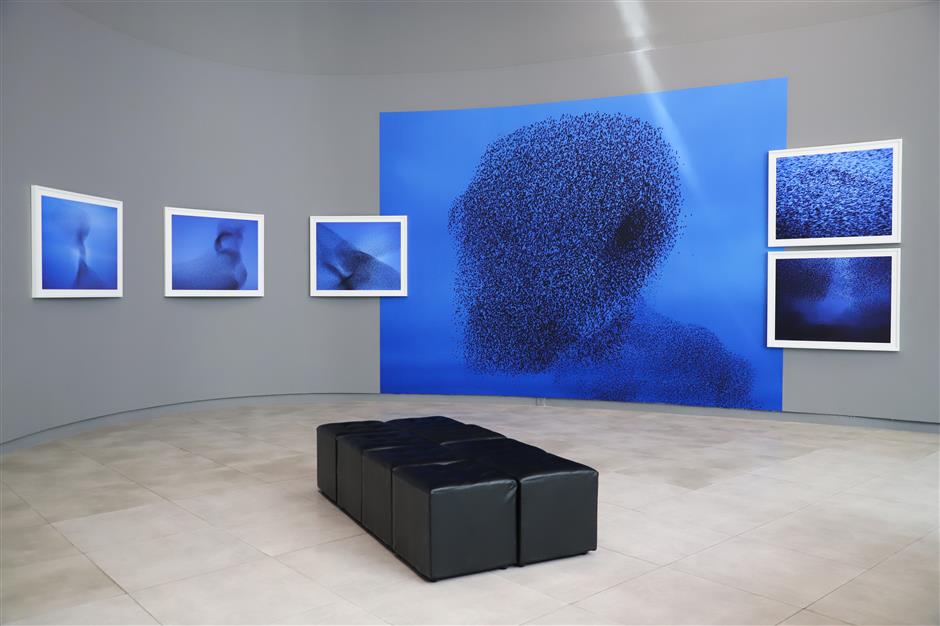 An archive is a format commonly used during the exhibition.

Erik Kessels’ chronological series “In almost every picture #7” tells the lifelong affair of a Dutch woman with a gun. The series begins in 1936 when Rita von Dijk, then 16, picked up a gun for the first time and shot at a shooting range. It almost became an annual ritual, with Kessels referring to her as “Airgun Rita.”

The series offers a unique perspective on the development of Dutch society over time. 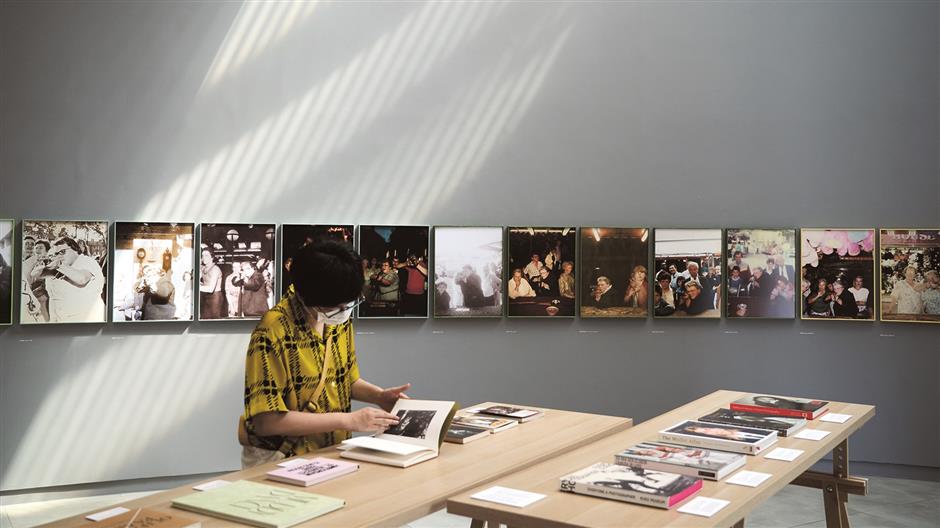 A visitor leafs through an exhibited picture book. The chronological series “In almost every picture #7” (2016) by Erik Kessels hangs on the wall.

Dana Lixenberg spent a year visiting every Dutch city to photograph mayors, their workplaces and everyday life for a commissioned work by the Rijksmuseum in 2011.

Hans Eijkelboom spent five weeks wandering the streets of Amsterdam photographing people with numbers on their clothes. He later put them all together in numerical order – from 1 to 100 – into an “artistic-anthropological” series and entitled it “Amsterdam by Numbers”. Only the number 49, which is at the heart of the whole series, is free. 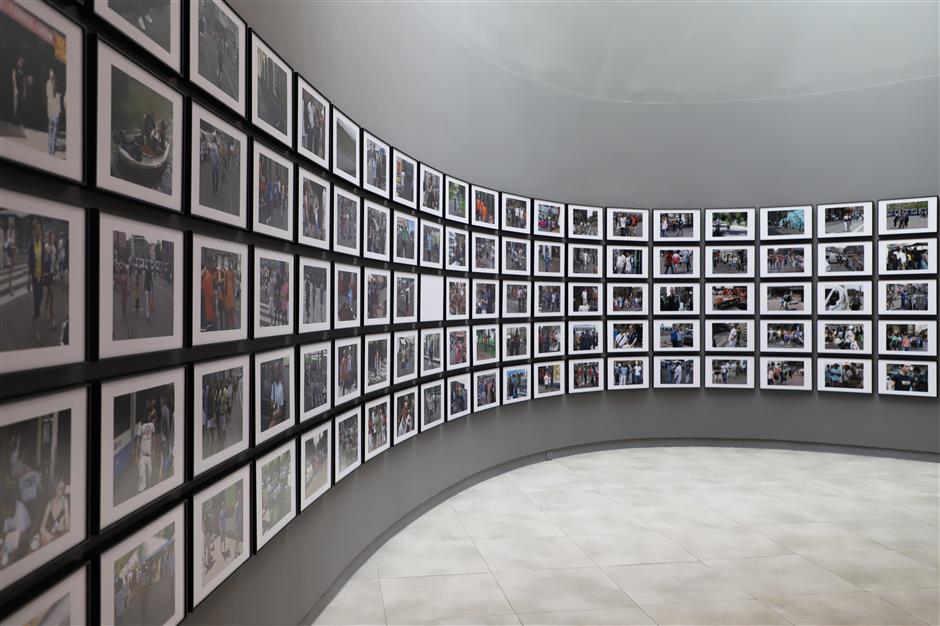 His co-curator described this approach to the archive as “a sense of humor”. It has featured frequently in contemporary Dutch photography, publications and exhibitions over the past decade.

“For me it’s a way to review the story and loosen up the story,” he explained. “Photographic art, according to many of us, is a form of documentation. If we look at the photos, they are the proof of history. The archival, however, jars it to play, to reproduce that sense of humor.”

The archive is “a vehicle to collect, tell, and tell a whole new story, a story that even appears out of nowhere,” she added.

It is not only widely used in the Netherlands, but throughout the current photographic world. “It reflects how we look at history, how we can go back in time and tell it to others.” 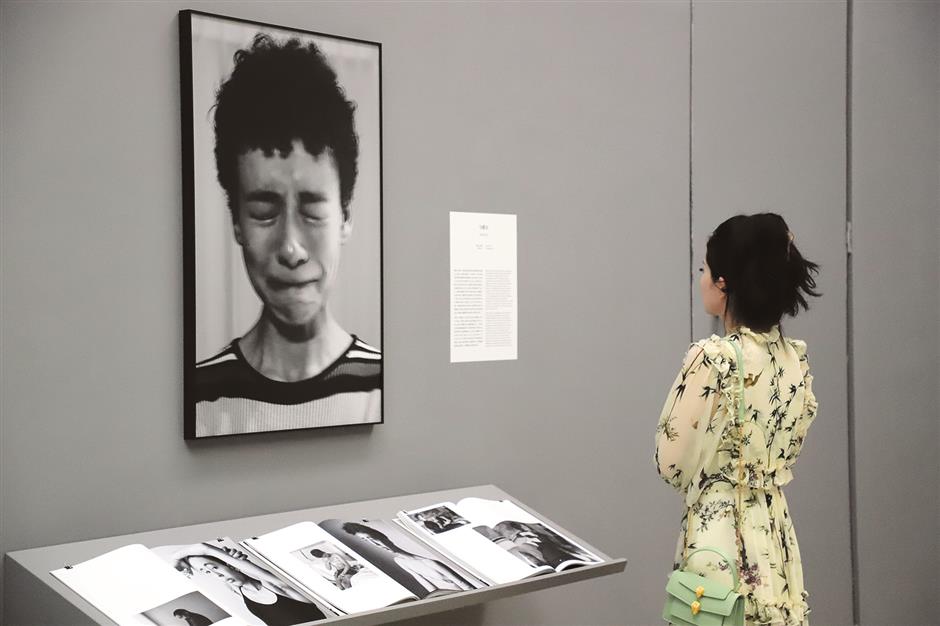 A visitor reviews ‘Marvel’ (2021) by Marvel Harris. In this series, the photographer has held onto himself to deal with the emotions he had while going through transgender surgery.

In addition to the series on display, there are a dozen award-winning picture books published by some of the best Dutch publishers and agencies. They offer an expanded insight into different areas of Dutch life and society and show how Dutch contemporary photographers play with unique, often unremarkable, perspectives.

In “Typical Dutch” Jan Dirk van der Burg captures all the little curiosities of the southwestern European country, such as the camouflaged garbage cans. Another photo book by van der Burg shows “Elephant Paths” that gradually appear as people try to take shortcuts.

The retrospective book “Nowhere” looks back on photographer Frank van der Salm’s 25-year career, which he spent mainly with the urban environment. 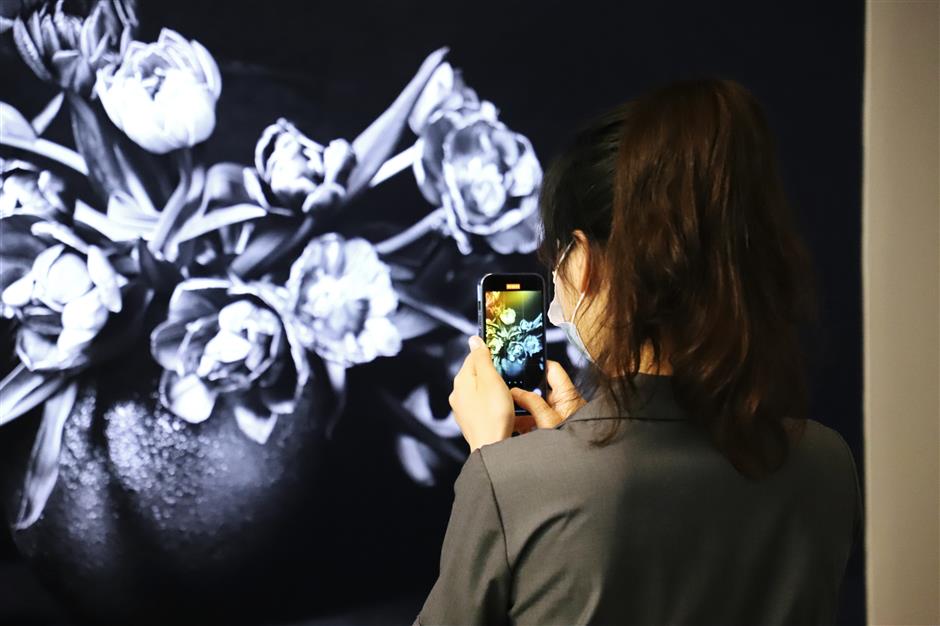 Today, the distinction between different types of photographic art in the Netherlands and other western societies is becoming increasingly blurred.

“Life – For Mom” ​​is a stop-motion animation work by Erwin Olaf. Featuring black and white images of tulips, it is dedicated to his late mother.

“Is that a photograph? Of course it is. Each frame in this piece features a photograph. However, it’s different from the framed photos we usually see,” he said. 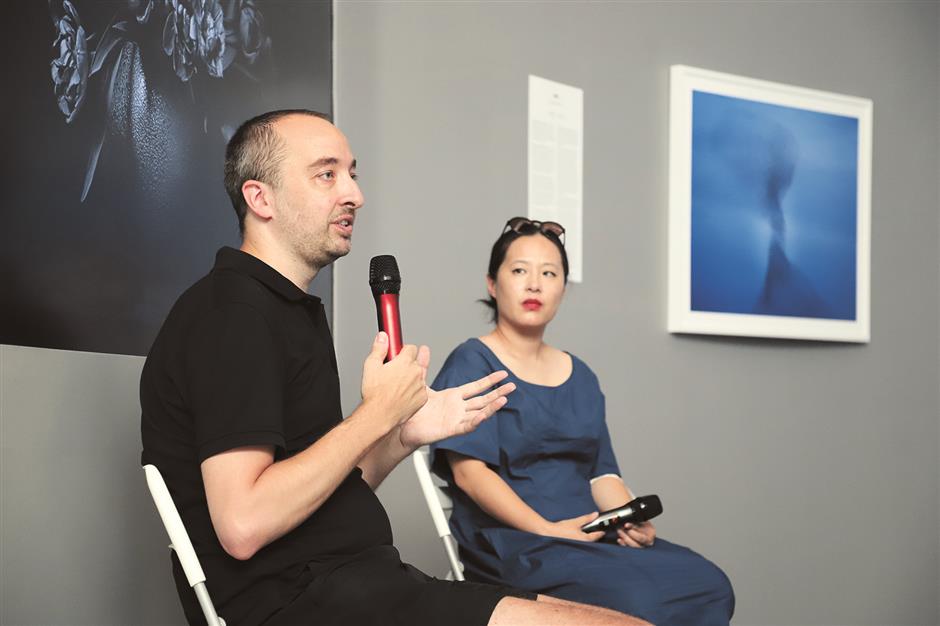 Instead of Olaf’s signature and more well-known fashion shots, the curator deliberately chose the stop-motion piece to acknowledge the efforts of Olaf and other Dutch photographers to challenge the stereotypes of photographic art and the stereotypes imposed on them by fame and vanity and maintain pushing boundaries and constantly re-examining the use of media in their creation.

“We don’t just want to force our ideas on the audience, we want to create a space and an opportunity for them to feel themselves,” he said. “Everyone has their own experience and through these works they can either challenge their old idea of ​​the Netherlands or create a whole new image of the Netherlands.” 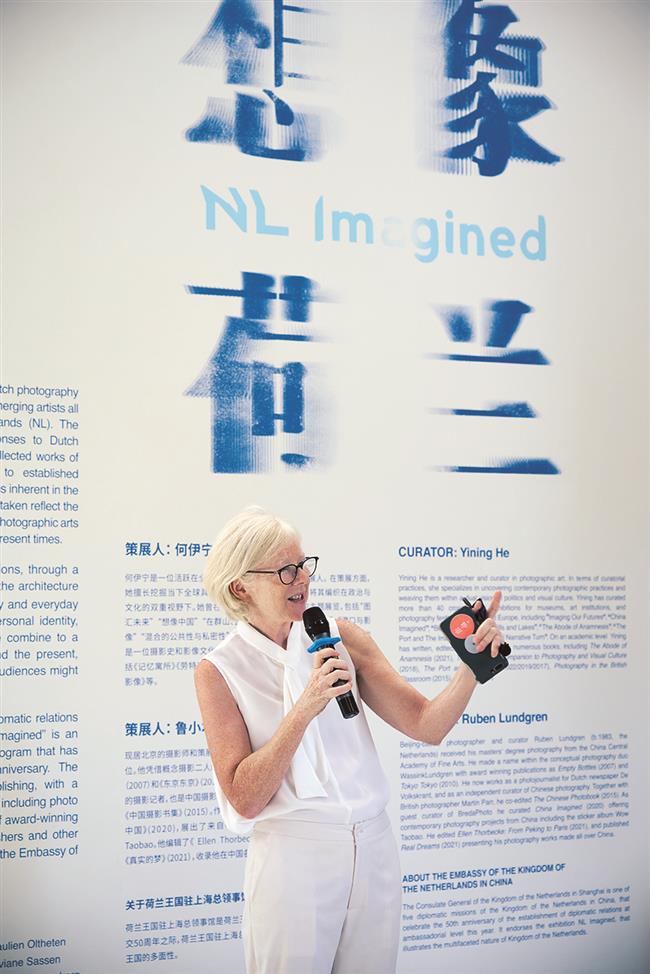 Karen Smith, curator of the Shanghai Center of Photography, speaks at the opening.