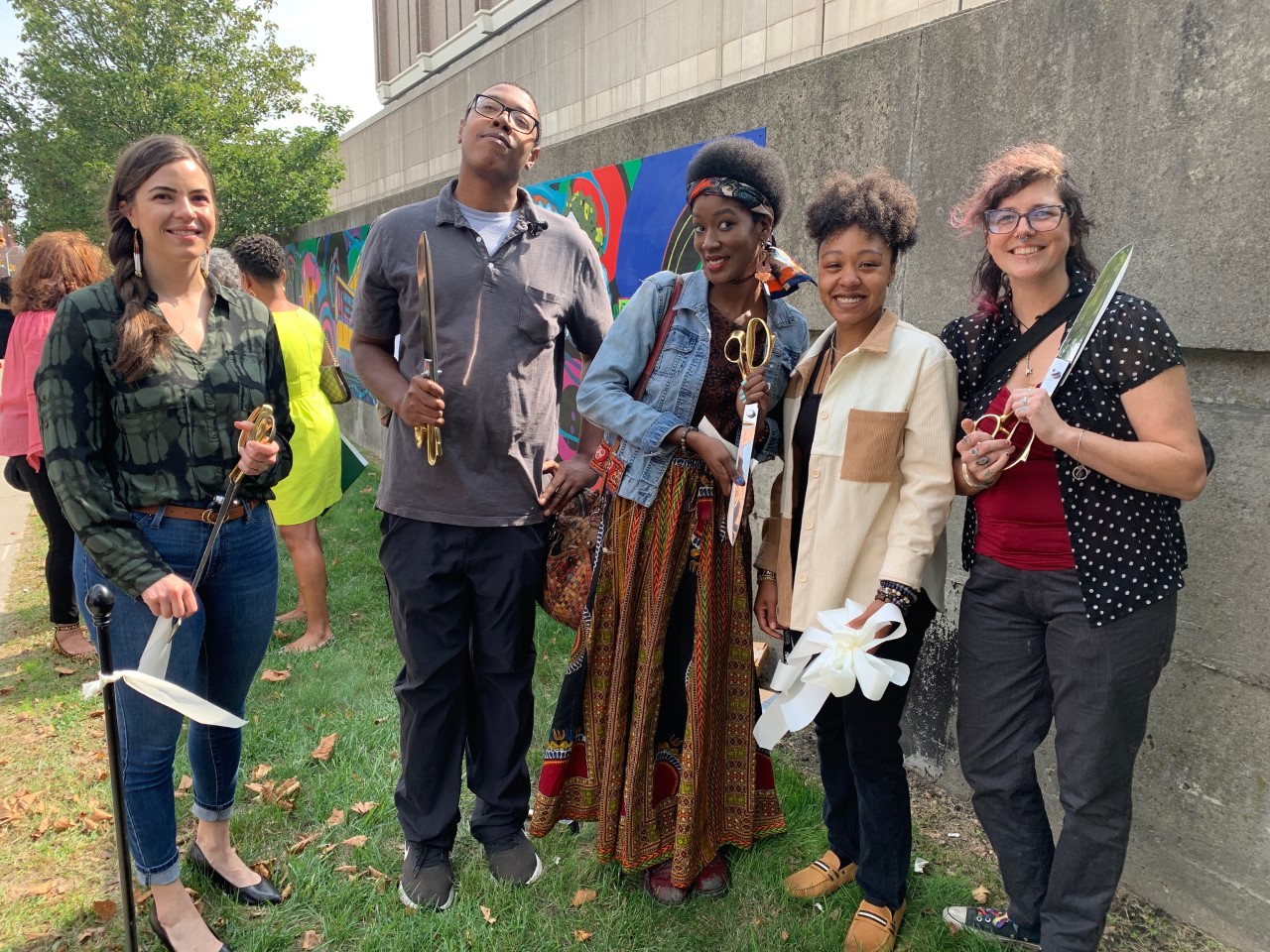 At the September 18 event, a number of community and WSU speakers delivered remarks at the Shiffman Medical Library before cutting a ribbon at the site of the mural to mark its official dedication.
The mural, the product of a public humanities initiative to bring a multidisciplinary team of physicians, artists, students and activists together with the wider community to celebrate the history of diversity in medicine and public health at Wayne State University and across the city , the 375-foot-long concrete wall open to the public was installed along the sidewalk just north of Scott Hall, on the south side of Canfield Street, on June 13.

The collaboration between the College of Fine, Performing and Communication Arts and the School of Medicine was conceived and executed in collaboration with representatives of the Detroit community as a monument to African American advancement in the medical field in Detroit and within the global community. It was funded by a grant from Michigan Humanities.

Also Read :  The mouse that roared: New Zealand and the world's 2% inflation target

WSU fine arts students designed the mural, which is based on oral histories from community members deeply rooted in the place where the School of Medicine is located. The area is the former location of Plymouth Congregational Church in Detroit’s historic Black Bottom and Paradise Valley neighborhoods. The mural is intended to be a memorial to African American advancement in the medical field in Detroit and within the global community.

A number of descendants of the community’s celebrated medical leaders depicted on the mural attended the event.

Barbara Hughes-Smith, a granddaughter of Robert Greenidge, MD, one of the medical leaders commemorated by the mural, said she would bring friends and family to see the mural when they visit Detroit.

“It’s so wonderful that they did this,” she said. “Now these men and women can get the attention they deserve.”

Rev. Nicholas Hood III, pastor and senior minister of the Plymouth United Church of Christ, located near the School of Medicine, noted that only three of the 27 black churches that existed in Black Bottom are still operating today . “To my knowledge, there is no other marker for Black Bottom in the city of Detroit,” he said. In his opening prayer, he asked that the mural “keep alive the flame of truth.” 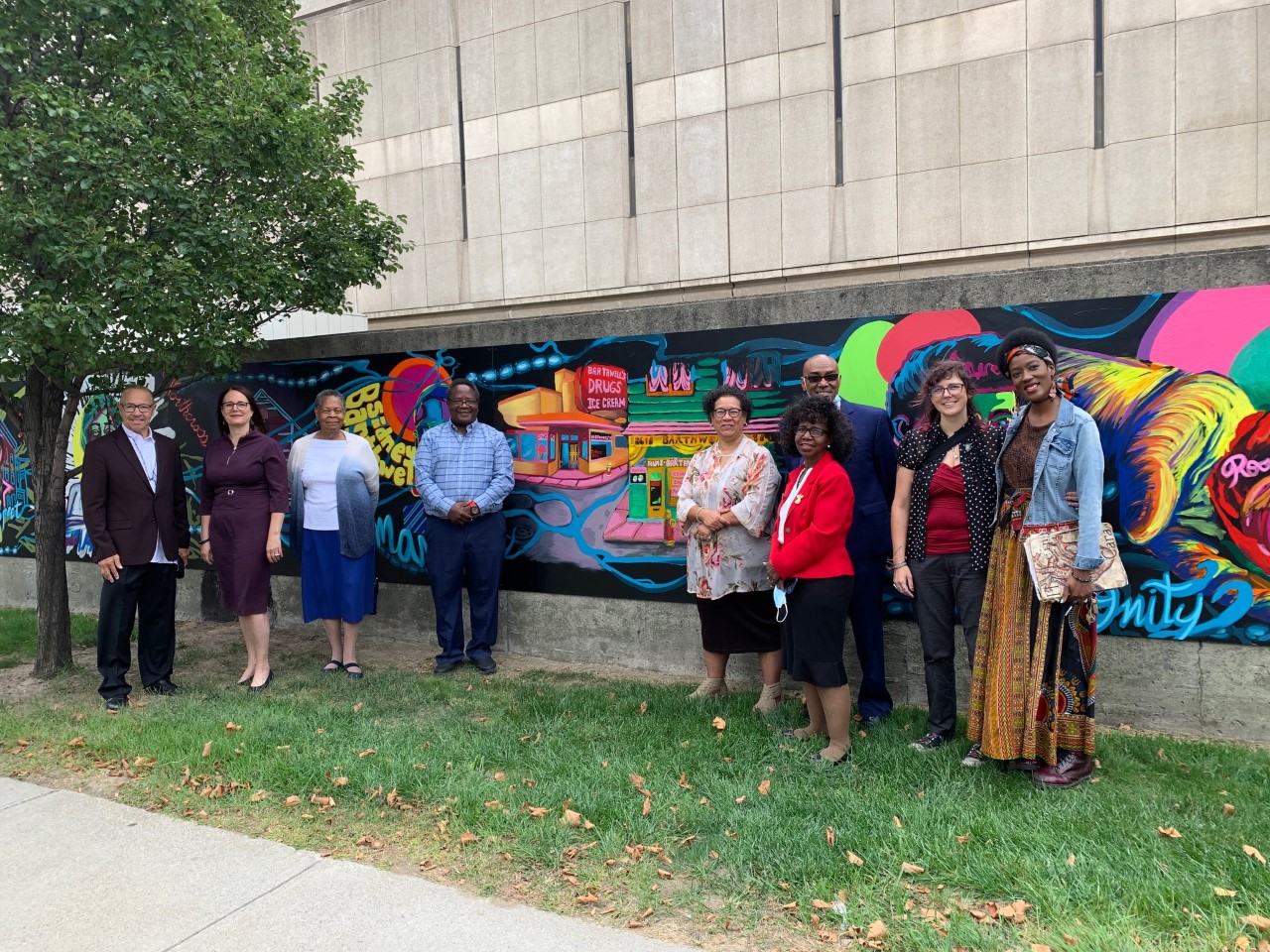 James Womack, MD, Assistant Secretary of Health and Welfare for the Plymouth United Church of Christ, acted as the moderator of the event and introduced speakers who explained how the mural project came about.

Wael Sakr, MD, Dean of the School of Medicine, said he’s amazed to see the collaboration developing between art students, medical students, faculty and the community. “I’m sure there are many murals like this commemorating the life and work of Detroiters that could be placed elsewhere on campus.”

Hasan Elahi, Dean of WSU College of Fine, Performing and Communication Arts, called the mural a “shining example” of people coming together, noting that the project was based on the oral traditions that students learned from those with deep roots in of the community had collected. He thanked Professor Margi Weir for painting and drawing; Sheryl Oring, Chair of James Pearson Duffy’s Department of Art and Art History; and Grace Serra, curator of the WSU art collection, and Beena Sood, MD, associate dean of professional development at the School of Medicine, as key catalysts for the project that culminated in the mural.

Oring noted that in the midst of the COVID-19 pandemic, the two-year project started with a call from Dr. Sood, who was interested in how the Department of Art and Art History could work with the School of Medicine to include more art medical education, began. “That kind of kept us sane when it was very difficult for some of us to keep going,” Oring said.

Cara Young, the lead muralist, said the mural represents a real collaboration in the city, including students who have collected oral histories from the descendants of the city’s black medical leadership at the time, members of the church community, medical students, administrators who run the project supported, and the artists who designed and painted the piece. In particular, she thanked the Black Medical Association of the School of Medicine and Anita Moncrease, MD, a graduate of the School of Medicine and chronicler of the Black Experience at the school; and Basim Dubaybo, MD, vice dean for faculty affairs and professional development at the School of Medicine.

“I hope this will be a ray of hope for future Wayne State students who are missing out,” Young said. 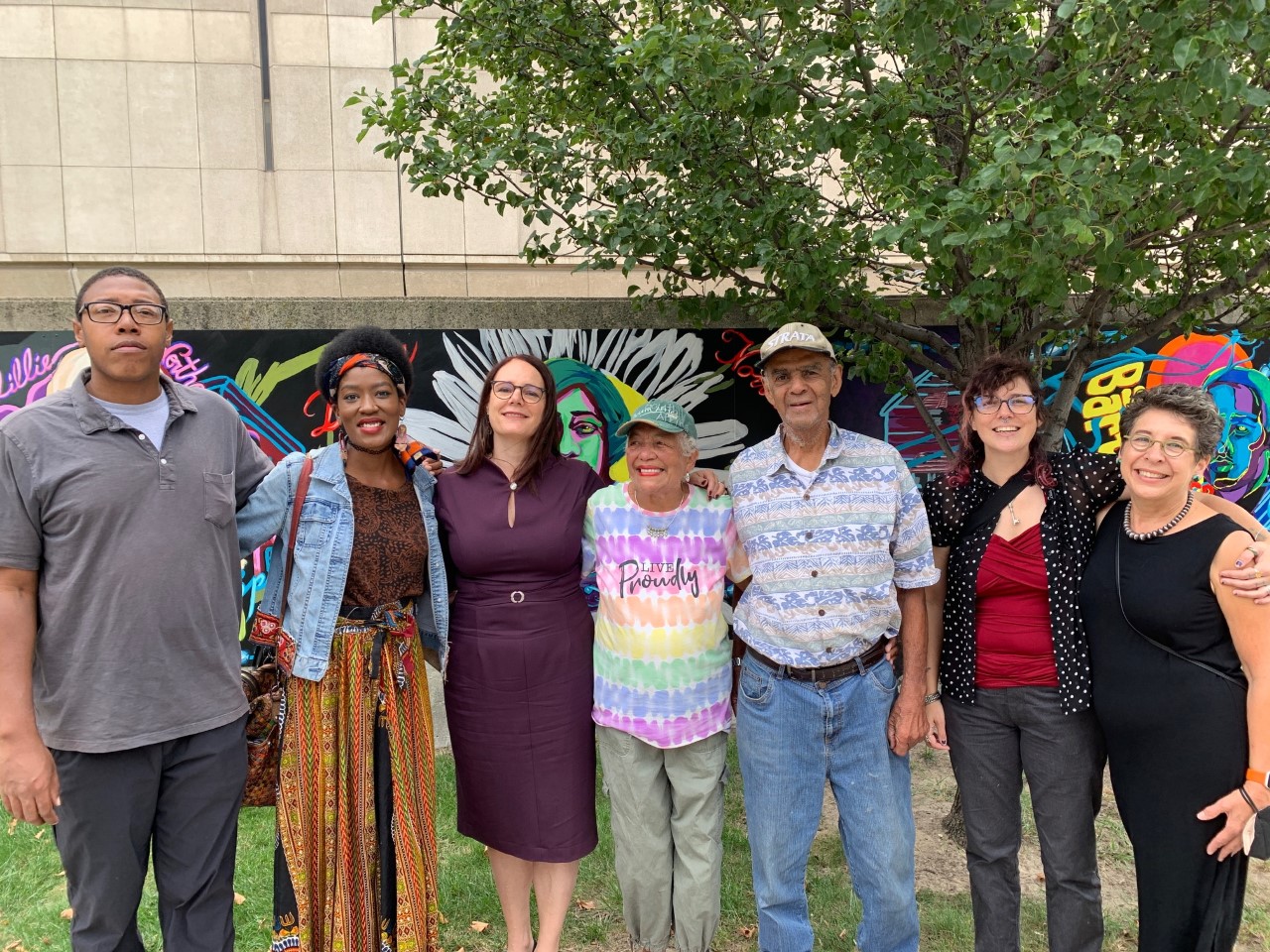