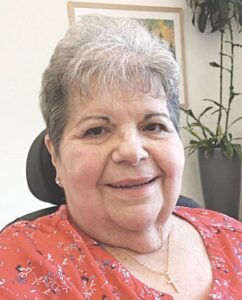 BURTON – Jane Nimcheski, 79, will be remembered as Burton’s first woman mayor, elected to the position for two terms in 1983. She died in Ann Arbor on Wednesday, September 14.

Nimcheski was also a councilwoman from 1979 to 1983. In a 1992 interview, she said she got involved in politics when former Mayor Richard Wurtz was looking for someone from the city’s North Borough, preferably a woman, to run for city council.

She was elected and served four years on Burton City Council, two of those years as President. Nimcheski ran for and won two terms as mayor, from 1983 to 1991.

In a 1992 Suburban News article, she was quoted as saying, “I think everyone should get involved and dedicate a part of their lives to serving their local government. I just think it’s their responsibility as people.”

Also Read :  A Woman Got Sick With the Flu; She Lost a Leg and Part of Her Foot

Council President Steve Heffner then called for a minute’s silence before an invocation to pray for the late former mayor.

“This is kind of a somber meeting…obviously with the death of Mayor Jane last week,” Mayor Duane Haskins said. “Like everything Mayor Jane has done, she gave everything until she had nothing left to give. Though Mayor Jane is gone from this earth, her legacy will always live on and endure.

“She made history by being the first woman mayor here in our city, and there were a few tears at the funeral home, but there were many fond memories and smiles.”

He also thanked Nimcheski’s family for sharing it with the city, saying that being an elected official is also a great family commitment.

Also Read :  Hamilton: I have another five years in me

Nimcheski was born in Birch Run on July 20, 1943 to the late Ernest and Betty Rivard. Her obituary remembers her as “a wonderful woman with a giving heart and a humble spirit who lived her Catholic faith every day of her life.”

Early in her career she worked as a registered nurse at Flint’s St. Joseph Hospital and FOH.

After retiring from politics, Nimcheski volunteered at the Genesee County Free Medical Clinic and served as a Guardian Ad Litem for Genesee County children.

She served Holy Rosary Catholic Church as the coordinator of religious education and as a member of the school board.

Throughout her life, Nimcheski has served in many areas of public service, including serving in both the Girl Scouts and Boy Scouts and as a member of the Burton Women’s Fire Auxiliary.

In her spare time, she enjoyed many hobbies including knitting, crocheting and reading Danielle Steele novels.

She also enjoyed playing bingo and going to the casino. According to her obituary, she was known for her fine cuisine, particularly her stuffed cabbage and apple pie.

Nimcheski is remembered in her obituary as “a loving wife, mother and nana who was incredibly proud of her grandchildren. She was loved dearly and will be missed by her family, friends and all who had the privilege of knowing her.”

Survived in her 59-year-old husband Warren; her children Michelle (Thomas) Welch-Kohn and Steven (Katie) Nimcheski; her grandchildren Alexander and Alaina Welch and Brooklyn Nimcheski; and her sister Joann (Ron) Duncan.

She is preceded in death by her parents; her in-laws, Joseph and Gladys Nimcheski; her granddaughter Emily Jane Welch; her brother and sister-in-law John and Connie Rivard; and her sister-in-law and brother-in-law Dorothy and George Davis.