To mark the 300th birthday of Warsaw’s most famous city portraitist, Bernardo Bellotto, the Royal Castle in Warsaw is putting on an exhibition about him on a scale never seen before in the country.

No other source tells more about what the capital looked like in the heyday of the reign of the last Polish king at the end of the 18th century.

Bellotto’s cityscapes, or vedute, let us see Warsaw as it really looked in amazing photographic detail.

They were so realistic that over a century and a half later they served as a model for rebuilding the war-ravaged capital. 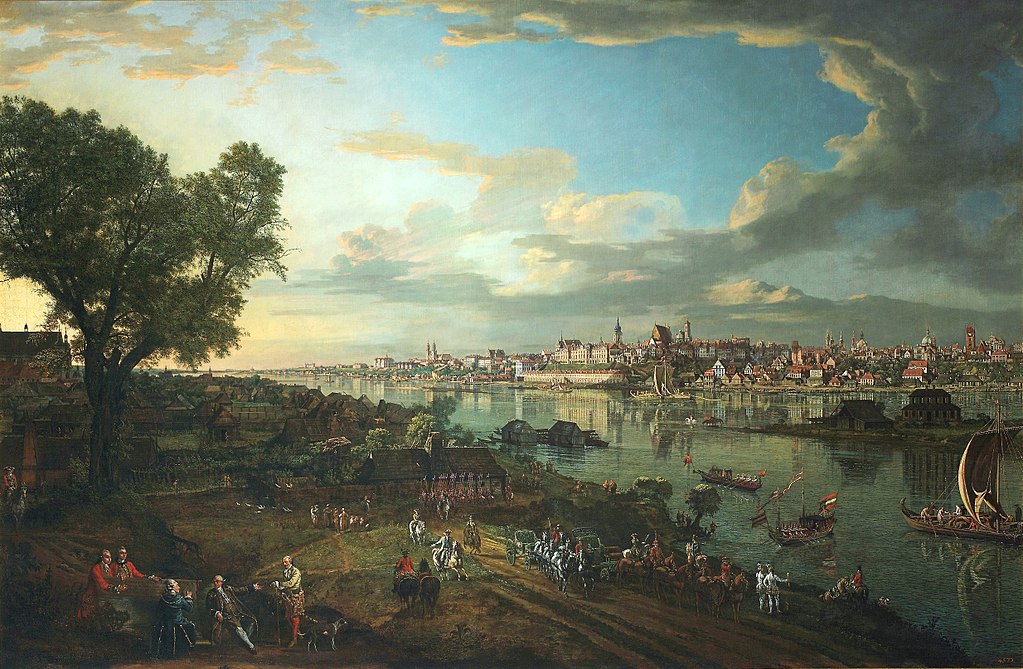 A highlight is the “View of Warsaw from the Praga district” – a wide panorama of the Vistula bank full of ships and boats.public domain

Today there are several buildings in Warsaw’s Old Town that, like time machines, take us back to the time of Bellotto.

The exhibition, which is expected to attract many visitors throughout the autumn, shows Bellotto’s artistic path from his hometown of Venice via Dresden, Vienna and Munich to Warsaw.

The massive exhibition, carefully planned since 2017, features 150 works from renowned galleries around the world, including the National Gallery and British Museum in London, the Kunsthistorisches Museum in Vienna, the JP Getty Museum in Los Angeles, the Pinacoteca del Castello Sforzesco in Milan, and the picture gallery in Dresden.

The exhibition is a joint effort by the Royal Palace and the Old Masters Gallery in Dresden. 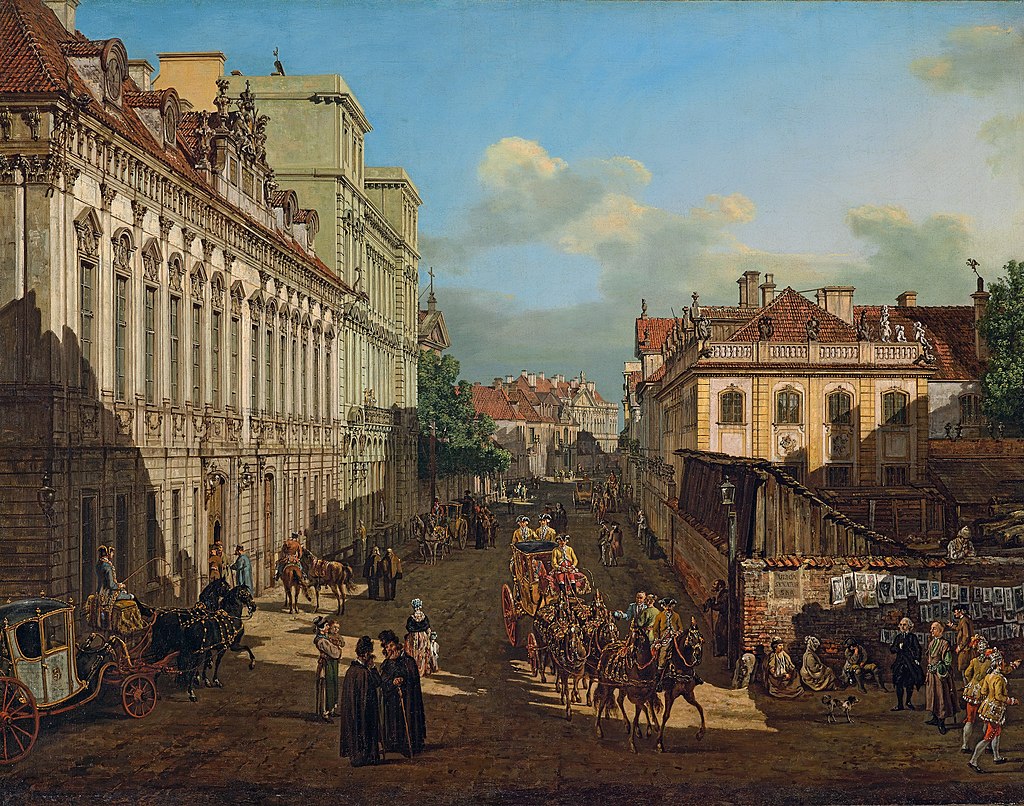 It is a widely held belief that the post-war reconstruction of Warsaw’s Old Town was based on Bellotto’s paintings.public domain

Exhibition curator Magdalena Królikiewicz told TFN: “The exhibition is a continuation of an exhibition that took place in Dresden earlier this year. This focused on the artist’s work there, while the Warsaw exhibition presents his entire life and work.”

“Never before has there been such a large exhibition about Bellotto in Poland,” she added.

There he studied painting with his uncle, the famous vedutist Giovanni Antonio Canal, known by the diminutive Canaletto. 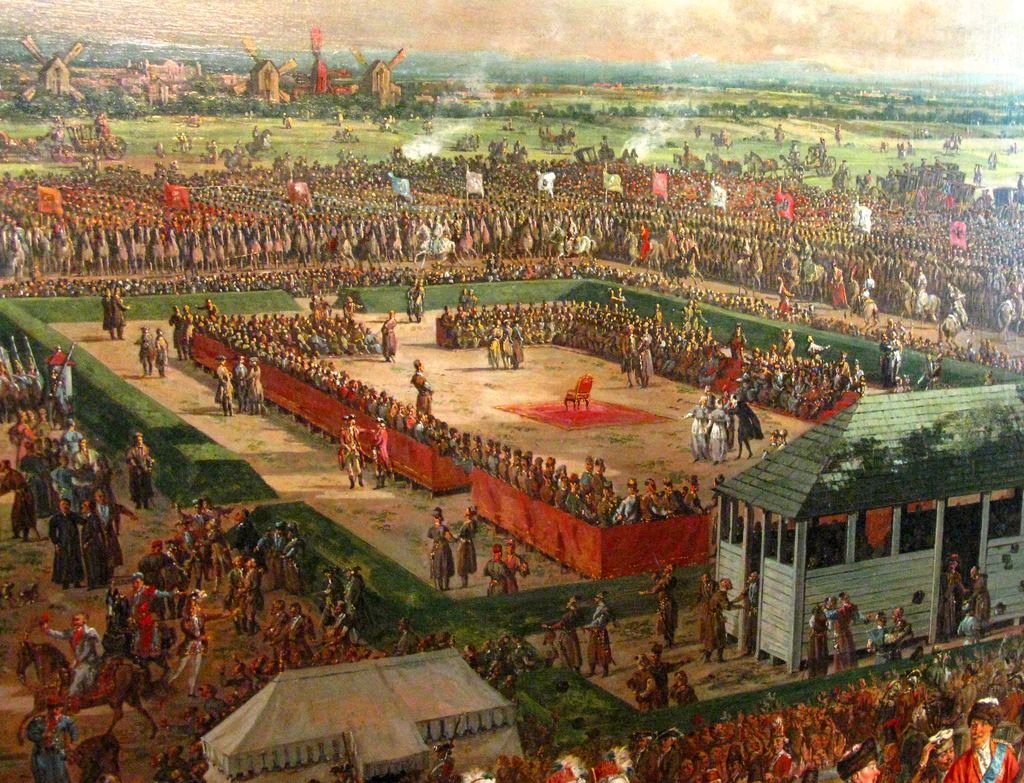 Bellotto, who wanted to make a career, took his uncle’s name. It was his ticket to the Oberliga.

At the time, Venetian artists were highly regarded in Europe, so it’s no surprise that Bernardo Bellotto left the city.

The 25-year-old Bernardo was invited to the Saxon court in Dresden. The Elector Friedrich August and at the same time the Polish King August III. appointed him court painter. The artist spent almost 20 years in Dresden.

During the Seven Years’ War, Canaletto left Dresden and worked for three years on behalf of Empress Maria Theresa in Vienna and the Wittelsbach dynasty in Munich. 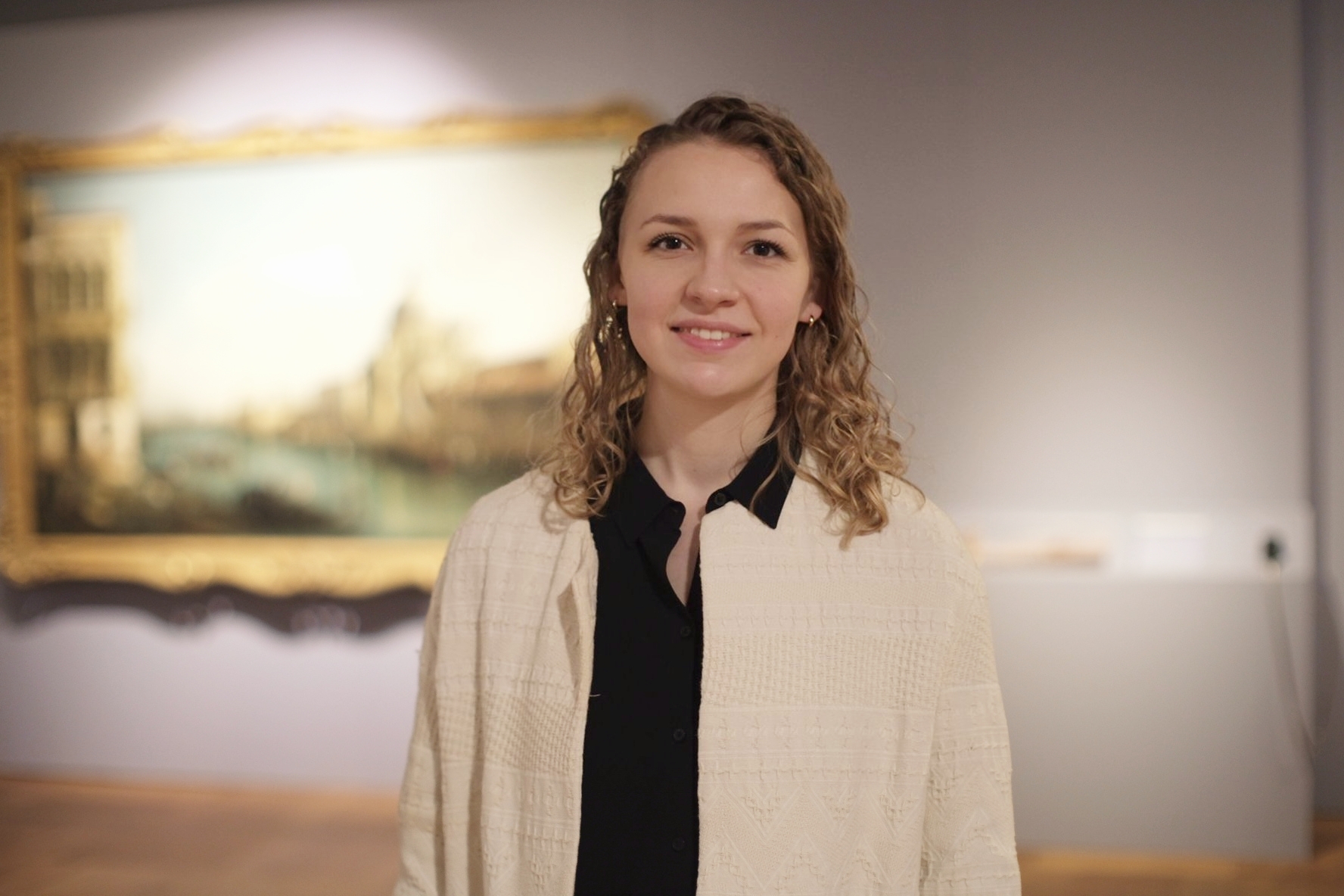 The exhibition’s curator, Magdalena Królikiewicz, said: “The reconstruction of some individual buildings was based on Bellotto’s work, in particular the Johannes Stadthaus on Schlossplatz and the St. Kazimierz Church in Neustadt.”Kalbar/TFN

After his return he became a lecturer at the Academy of Fine Arts in Dresden, but lost his patrons after the death of Augustus III.

In 1767, in search of a new patron, Bellotto made his way to St. Petersburg. He wanted to be employed at the court of Catherine the Great. On the way he stopped in Warsaw hoping to arrange an induction at the royal court in Russia.

It should be a short stopover. However, he met the royal portraitist Marcello Bacciarelli, who introduced him to King Stanislaus Augustus and soon became his court painter. Bellotto worked in Warsaw until his death in 1780.

In his new homeland, he watched with fascination the hustle and bustle of Warsaw and its inhabitants, who strolled around in colorful costumes. 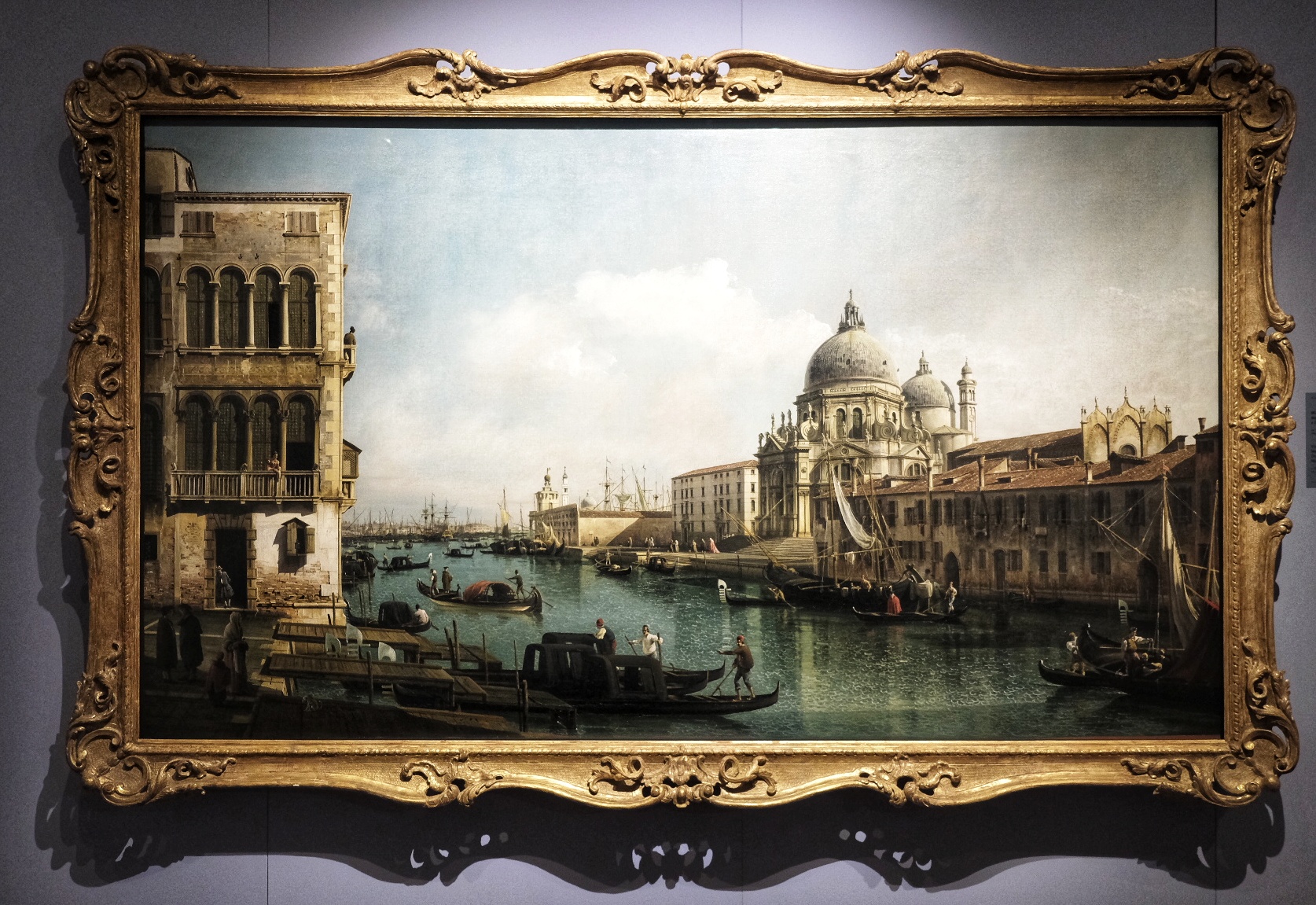 The first room is dedicated to Venice, where visitors can admire the “View of the Grand Canal and Santa Maria della Salute” brought to Warsaw from the J. Paul Getty Museum in Los Angeles.Kalbar/TFN

His arrival coincided with the moment when Poland entered the Enlightenment. He painted Krakowskie Przedmieście, where new buildings, the first cafes and restaurants appeared.

He painted entire scenes of city life in which the splendor of the palaces contrasted with the poor of the streets. In his paintings he preserved even the smallest details.

In this way he created 70 paintings, including 26 views of Warsaw and Wilanów. King Stanisław August Poniatowski also commissioned him to paint oil paintings and murals, which have not survived to this day.

The 150 works on display show Bellotto’s journey from Venice via Dresden, Vienna and Munich to Warsaw. 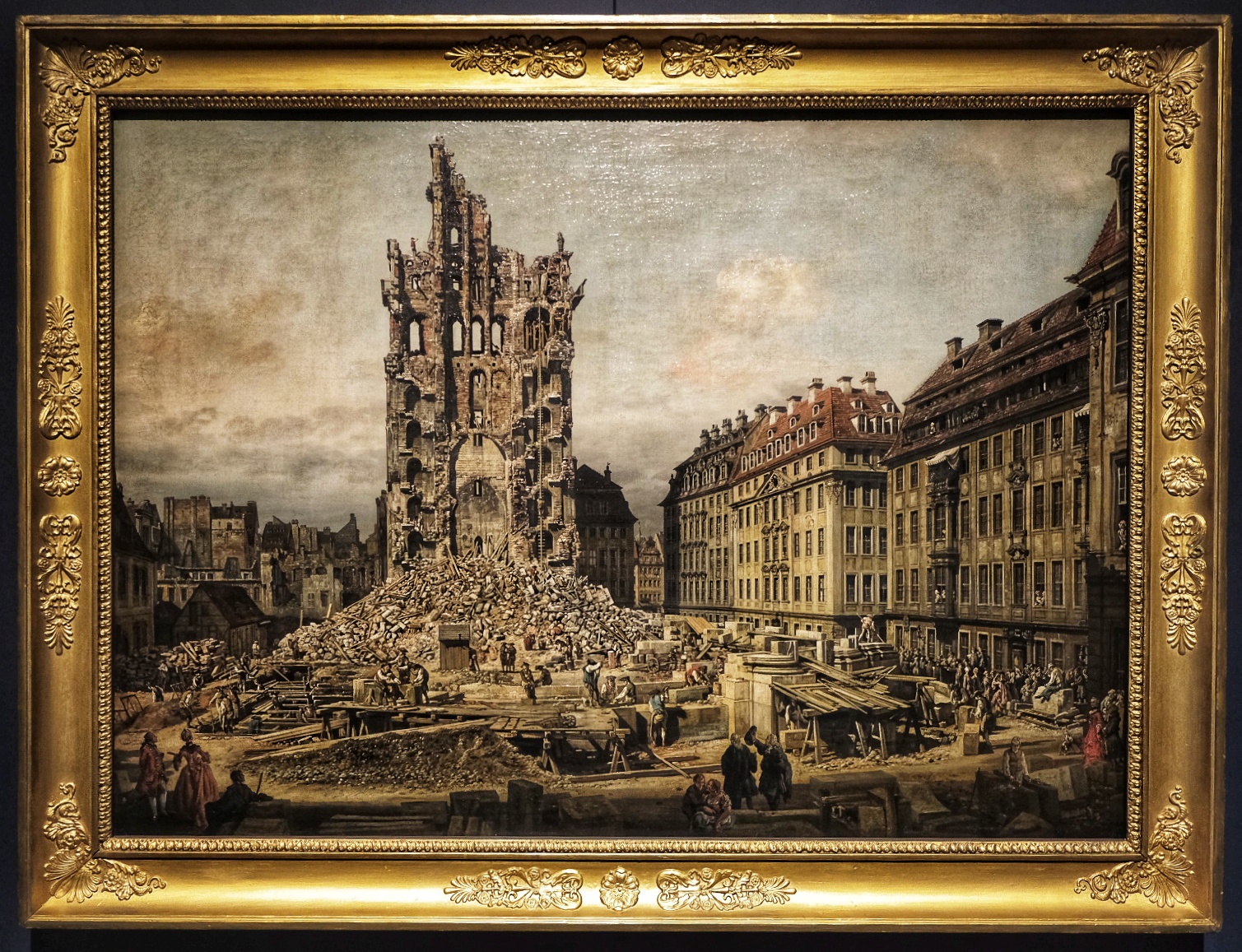 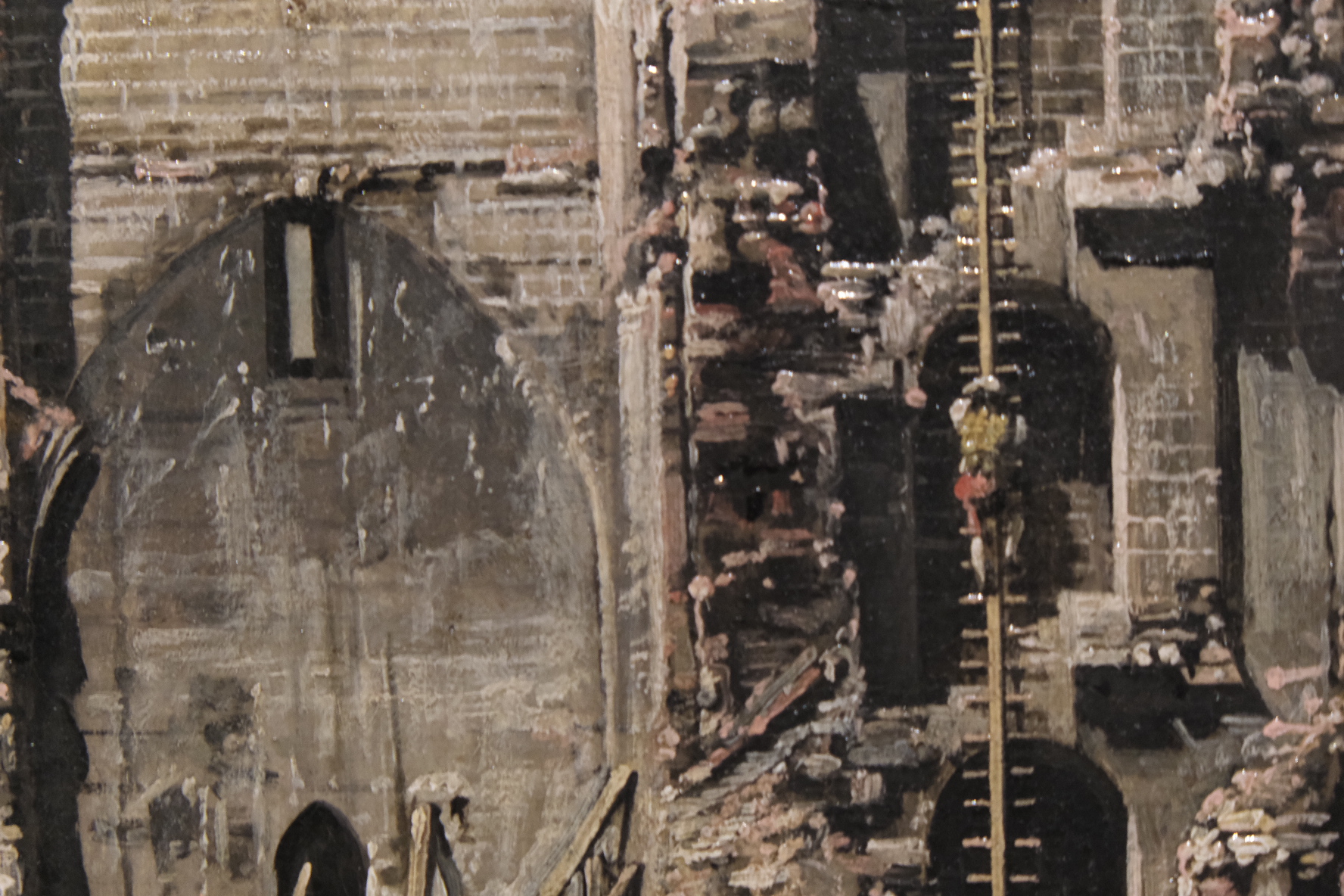 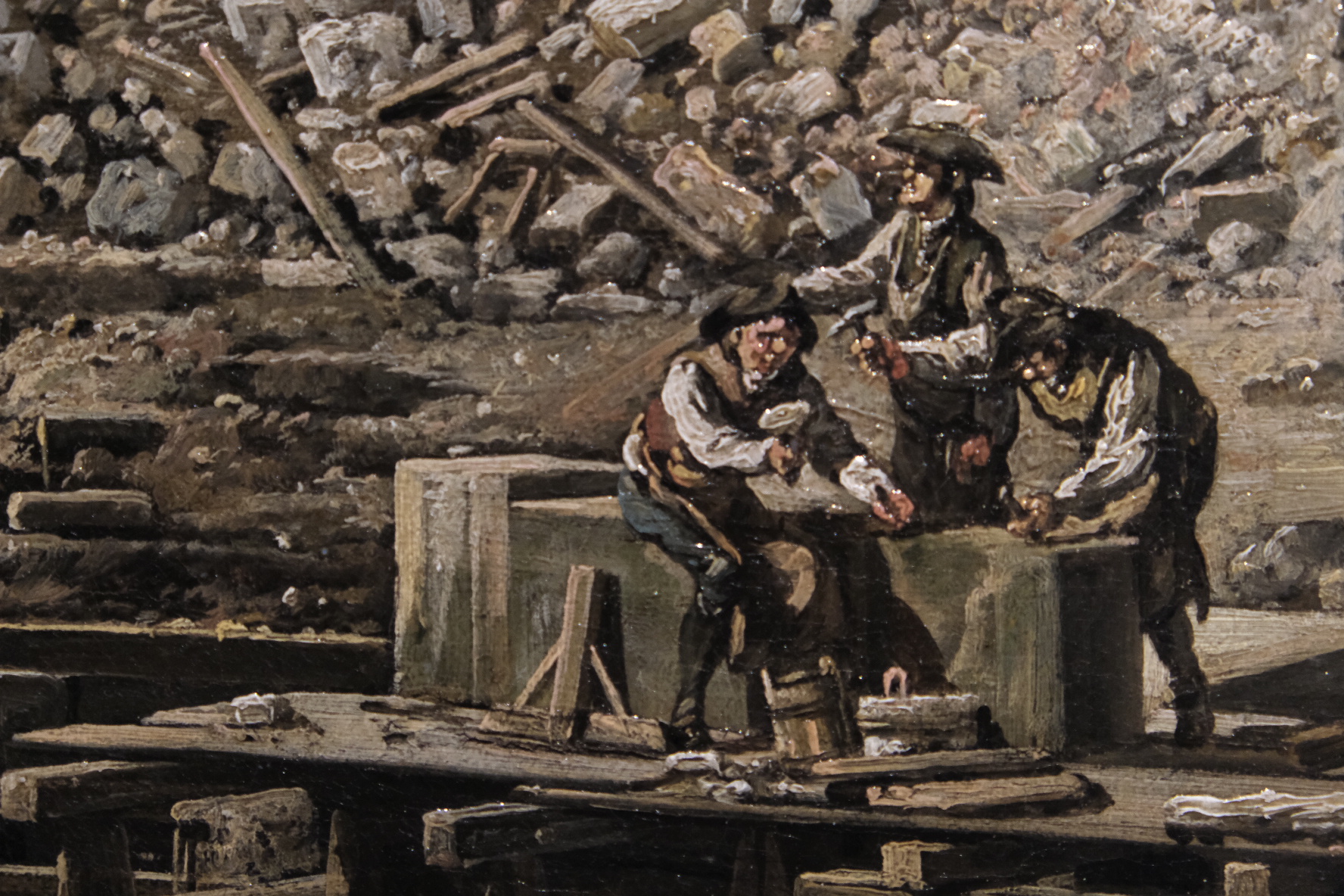 Up to 15 paintings came from Dresden for the exhibition, including the Heilig-Kreuz-Kirche in Dresden.Kalbar/TFN

The first room is dedicated to Venice, where visitors can admire the “View of the Grand Canal and Santa Maria della Salute” brought to Warsaw from the J. Paul Getty Museum in Los Angeles.

A total of 15 paintings came from Dresden to the exhibition, including the Dresden Heilig-Kreuz-Kirche and views of buildings such as the Zwinger and the Wettiner Residenzschloss.

And also the historical work The Election of Stanislaw August dedicated to the election of the king on the Wola Spa Field.

A highlight is the “View of Warsaw from the Praga district” – a wide panorama of the Vistula bank full of ships and boats. 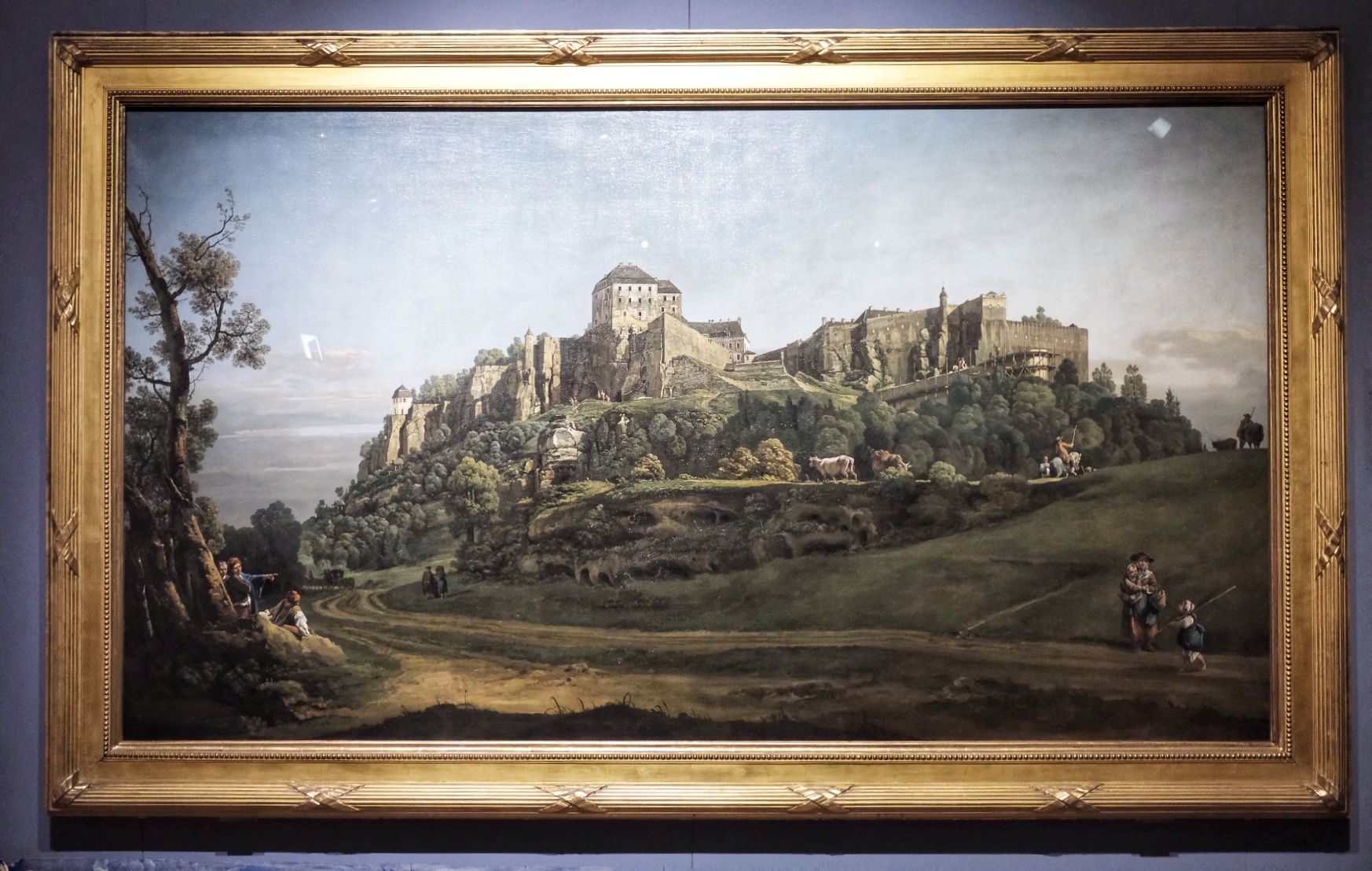 There are also views of buildings such as the Zwinger and the Wettin Residential Palace.Kalbar/TFN

In the foreground, on the Praga embankment, the author himself faces the spectators. Working alongside him at his easel is his son Lorenzo, who died in 1770 at the age of 28 when this painting was painted.

It is a widely held belief that the post-war reconstruction of Warsaw’s Old Town was based on Bellotto’s paintings.

Magdalena Królikiewicz explained that although most of the reconstruction was actually based on drawings by students from the Warsaw Polytechnic’s underground Faculty of Architecture, Bellotto’s paintings actually played an important role.

“The reconstruction of some individual buildings was based on Bellotto’s work, notably the Johannes Stadthaus on Schlossplatz and the St. Kazimierz Church in Neustadt,” she said.

The most impressive is probably the 18th-century reconstruction of the rococo Johann Town House at Krakowskie Przedmieście 89. 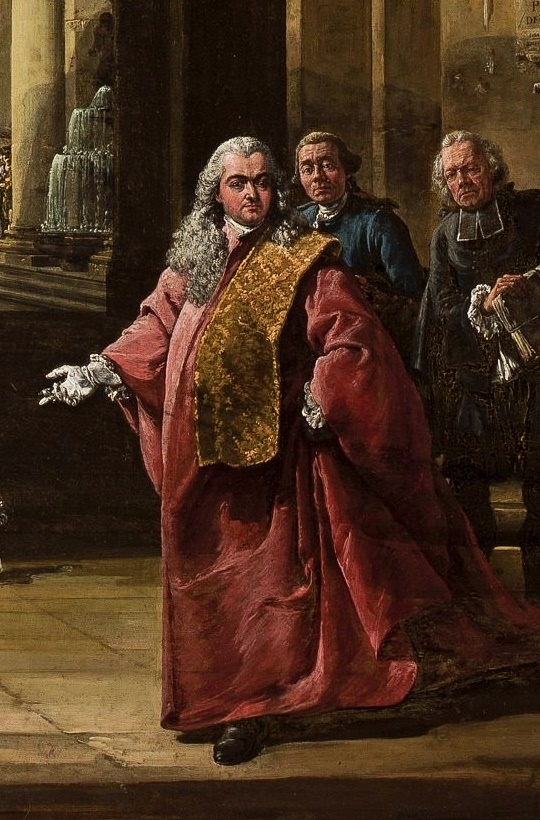 Bellotto, depicted in a self-portrait, studied painting with his uncle, the famous vedutist Giovanni Antonio Canal, known by the diminutive Canaletto.public domain

We can see it in one of Bellotto’s most popular paintings “Krakowskie Przedmieście from the side of Sigismund’s Column” from 1767-68.

Over time it was remodeled and destroyed in September 1939 to be rebuilt in 1949.

It is also a true example of Rococo, common in Canaletto’s time but very rare in Warsaw architecture today.

Bellotto’s career in Warsaw ended with his death from a stroke on November 17, 1780. He was buried in the Capuchin Church on Miodowa Street in Warsaw. Records survive showing that the king spared no expense in preserving his tomb. Unfortunately, the artist’s grave has not survived.

The exhibition Bernardo Bellotto. The 300th birthday of the painter can be seen until January 8 next year and is accompanied by an educational program for students, teachers, families with children and adults.